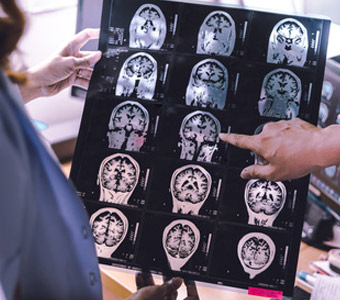 Idebenone is an antioxidant substance similar to Coenzyme Q10 but with even greater antioxidant potency, with benefits for cognitive health.

Idebenone is part of the quinone family, and an analogue of another quinone – ubiquinone – more commonly referred to as coenzyme Q10 or CoQ10. A substance known mainly for its use in many anti-ageing skin creams due to its antioxidant, free radical-fighting power, CoQ10 also plays a role in the body's energy production. As a result of its many functions in the body, it offers the potential to prevent a number of diseases. As an analogue of coenzyme Q10, also available to buy at Supersmart, idebenone shares many of the same qualities. In particular, it has antioxidant effects and so protects the body against the oxidative stress responsible for cellular ageing.

Some studies suggest that idebenone's antioxidant potency is actually greater than that of CoQ10. This new supplement offers an optimal level of idebenone, delivered in the form of vegetarian capsules, each containing 45 mg of idebenone, with a suggested dose of one to two capsules a day, to be taken with food so as to optimise absorption. This dose can be adjusted in line with individual needs and the advice of your therapist.

What are the benefits associated with Idebenone?

Idebenone's antioxidant potency means it protects against oxidative stress, oxidation and free radical damage. This beneficial effect may help slow down cognitive decline by protecting the central nervous system. Though it is not yet fully understood how it works, idebenone seems to act via various mechanisms of action.

As well as supplementing with Idebenone, you may find these other nutritional supplements of interest too.

Discover the properties of Homotaurine, a key neuro-nutrition supplement which helps to slow down age-related decline in brain capacity. See also Bacopa monnieri, a nootropic supplement, made from Bacopa leaves.