118 reviews
Customer reviews
45.00 €(48.73 US$) in stock
Description
ProstaNatural Formula is an enhanced formulation for men over 50, to improve prostate health.
Certificate of Analysis

Price summary
Total price of the offer
130.00 €
Add to basket 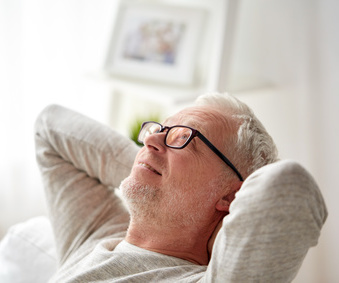 ProstaNatural Formula is a comprehensive and meticulously formulated supplement, aimed at men over 50. It contains several exceptional nutrients in vegetarian capsules, which help improve urinary and prostate function, such as extracts of saw palmetto and nettle root, for unrivalled and measurable results.

What are the benefits associated with the ingredients in ProstaNatural Formula capsules?

You can buy ProstaNatural Formula to improve urinary and prostate function, benefiting from its natural active principles, combined in a single vegetarian capsule for unrivalled results.

What is benign prostatic hyperplasia?

Benign prostatic hyperplasia is characterised by an increase in the size of the prostate. This results in abnormal pressure on the bladder and causes problems with urination (intermittent flow, pain, frequent need to urinate, dribbling at the end of urination, weak urine stream, bladder stones, urinary infections …).

It’s estimated that over 50% of 60-year-old males are affected, rising to almost 90% at the age of 90 (6). The causes are not yet fully established, but it’s known that testosterone and certain of its derivatives play a role in prostate enlargement - it can reach seven times its original size (around 20g in weight).

What other measures can be combined with taking ProstaNatural Formula?

To enhance the effects of some of the compounds in ProstaNatural Formula, you can also adopt the following measures:

Benefits can be felt from as early as the first few days of supplementation, but it takes several weeks’ use to fully appreciate the effects.

Which other supplements combine well with ProstaNatural Formula?

Alongside ProstaNatural Formula, you can buy the following supplements of interest at Supersmart: Prosta-Friendly, a natural, cranberry-based formulation, as well as a top-of-the-range extract of Saw Palmetto, to boost the effects of the free fatty acids in ProstaNatural Formula.

I use it for more than ten years and for me it works very well !

Subscribe to our newsletter
and obtain a 5% permanent discount
Our selection of articles
Cranberry supplements: what are the proven benefits of cranberries?

Cranberries have found a place in the world of dietary supplements. Discover the benefits of these tart red berries, much-prized by Native Americans.

Vaginal probiotics: which one should you choose to protect your intimate flora?

Are you looking for the best possible probiotic for maintaining healthy vaginal flora? Find out how to care for this particular microbiome which, though less well-known, is nonetheless crucial for good female intimate health