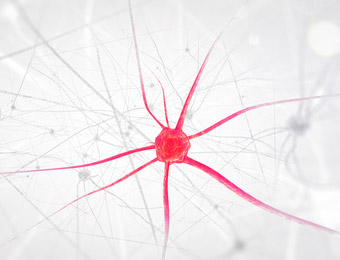 Because of its rheological properties, and action on cerebral blood flow and metabolism, it is primarily used for its neuroprotective effects and is one of the most sought-after supplements for brain nutrition.

Who is Vinpocetine 15mg aimed at?

Vinpocetine 15mg is of potential interest to several groups of people:

What benefits are offered by vinpocetine?

A number of studies have demonstrated the positive effects of vinpocetine on cognition, hearing and memory (1-3), with several mechanisms of action identified:

Two studies have shown that, once ingested, vinpocetine crosses the blood-brain barrier to enter the brain (8-9).

Other research has highlighted its antioxidant (10-11), vasodilatory (12), anti-inflammatory (13-14) and antithrombotic properties (15) which are likely to help reduce the risk of cardiovascular problems.

How should Vinpocetine 15mg be taken?

The amount of vinpocetine used in clinical trials varied from 20mg to 50mg a day, and was ideally spread across three doses. Taking 2-3 capsules of Vinpocetine 15mg (30-45mg) a day is therefore fully consistent with the doses examined.

It’s worth noting that vinpocetine is absorbed best by the body when taken with food(16).

Should I be aware of any contraindications before buying vinpocetine?

It is therefore not recommended for those suffering from bleeding disorders or who have had surgery.
Neither should it be taken alongside drugs or supplements which also affect platelet activity, such as high-dose garlic, ginkgo biloba or vitamin E supplements.

Vinpocetine has been used in many countries for over 30 years, particularly for treating neurological issues relating to cerebrovascular problems such as stroke and ischaemia. No serious side-effects have been found from taking it at therapeutic doses, including long-term use.

Vinpocetine is photosensitive and should therefore be stored away from light.

Finally, it’s worth considering other innovative nootropic supplements such as Sarcosine and Homotaurine.

Note : this product should not be used to replace a varied, balanced diet or healthy lifestyle. Follow the advice on use, the recommended daily dose and the use-by date. Not recommended for women who are pregnant or breastfeeding, or for children under 15. Keep out of young children’s reach. Store in a cool, dry place.

Composition
Each capsule contains 15 mg pharmaceutical grade vinpocetine.
Directions for use
Take two or three capsules a day, in two or three doses, increasing the dose progressively.
30 mg a day is generally recommended as a maintenance dose.

Willow Bark Extract
‘Plant-based’ aspirin from white willow bark for relieving pain and reducing the risk of cardiovascular events
20.00 €(20.35 US$)

Neurex™
A powerful, synergistic formulation to prevent or delay cerebral degeneration.
45.00 €(45.79 US$)