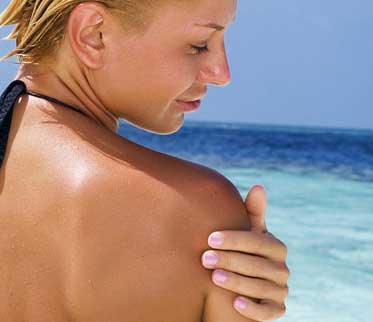 Fumaric Acid is a molecule that helps relieve psoriasis symptoms such as itching or inflammation, now available to buy at Supersmart in vegetarian capsules. A little-known molecule, fumaric acid is naturally present in all living organisms. In humans, it is produced in the skin by a mechanism similar to that of vitamin D.

Like vitamin D, fumaric acid is produced on exposure to the sun but in psoriasis sufferers, this endogenous production is impaired. Fumaric acid supplementation was thus first studied with a view to correcting this deficiency. Researchers investigating the effects of such supplementation subsequently found that fumaric acid did indeed offer benefits in the treatment of psoriasis.

Psoriasis is a chronic disease of the skin which remains poorly understood. According to current scientific data, the development of psoriasis may be due to genetic predisposition, but is also triggered by environmental factors such as stress, emotional shock, use of certain drugs, hormone imbalances and certain infections. Particularly prevalent in industrialised countries, this skin disease develops in cycles. During attacks, thick, red, dry and itchy patches of skin appear on the body. Though psoriasis is a benign disease, it is nonetheless extremely troublesome and unpleasant. Hence the urgency with which scientists are researching an effective and long-lasting treatment.

What are the benefits of Fumaric Acid concerning psoriasis?

Buy Fumaric Acid capsules to support the care of skin, hair and nails.

As well as supplementing with Fumaric Acid, you may find these other nutritional supplements of interest too.

Composition
Directions for use
Take one vegetarian capsule a day with plenty of fluid, just before breakfast, or as advised by your therapist.

Subscribe to our newsletter
and obtain a 5% permanent discount
Our selection of articles
Tanning: what’s the best dietary supplement for achieving that sun-kissed look?

Want an attractive golden tan this summer? Discover the key substances for activating or prolonging your suntan.

The top 5 supplements for your skin

What if the key to radiant skin lay in nourishment from within? Discover 5 must-have skin supplements to add to your beauty kit.

Native, hydrolysed, marine, type I, type II, type III collagen: it’s difficult to choose with so many alternatives available. Which collagen supplement should you opt for? Read on for the answers.