Pyridoxamine
Tiredness and Lack of energy

1 reviews
Customer reviews
29.00 €(31.51 US$) in stock
Description
Pyridoxamine is a natural form of vitamin B6, a powerful glycation inhibitor.
Certificate of Analysis

Price summary
Total price of the offer
79.00 €
Add to basket 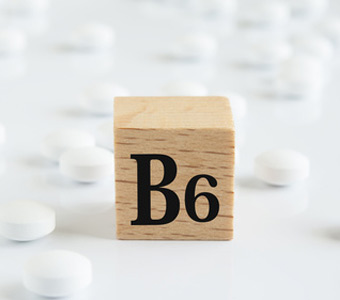 Pyridoxamine Supplement - Form of Vitamin B6 with Anti-Ageing Properties

Pyridoxamine is one of three natural forms of vitamin B6, now in vegetarian capsules, available to buy in Supersmart's catalogue. Several studies have shown that it is effective at inhibiting the formation of Advanced Glycation End-products (AGEs) and that it helps delay or prevent the development of certain complications of diabetes.

What do studies indicate about Pyridoxamine?

In vitro and animal studies suggest that pyridoxamine:

Therefore, it appears that pyridoxamine can limit the damage to proteins created by glycoxidation and lipoxydation reactions and may be beneficial for diseases which involve hyperlipidaemia and/or oxidative stress. You can buy Pyridoxamine's capsules at Supersmarts and benefit from its many activities and properties. Its a promising option for treating the complications of diabetes and age-related degenerative diseases involving oxidative reactions and carbonyl compounds.