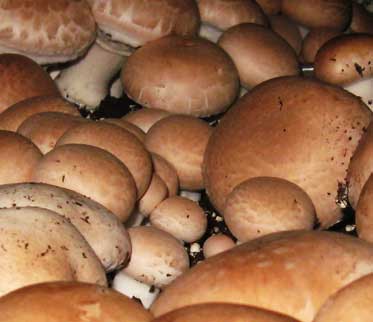 Champex® is a proprietary extract of the mushroom Agaricus bisporus which specifically neutralizes the by-products of food decomposition, exhaled in the form of "bad breath," or generators of body odour.

Developed in Japan, Champex® acts works by destroying odorous or toxic compounds (methane, trimethylamine, indole, skatole and others) directly in the intestines where they begin, and by reducing ammoniac density in the blood. Its effectiveness is documented by several studies.

What are the benefits associated with Champex® capsules?

Champex® is several times more effective for bad breath than parsley seed extract. It is effective against bad breath and body odour caused by consuming garlic (93% proven efficacy), onions, fish, and alcohol and by smoking tobacco. In Japan, when supplements were administered for 30 days to incontinent hospitalized patients, their body odour and bad breath disappeared completely, and urinary and faecal odor decreased very significantly.

For the scientists who led these studies, Champex® supplementation achieved much more than deodorizing, because the toxic compounds it neutralizes cause nausea, vomiting, spasms and cyanosis. If they are reabsorbed by the intestinal wall, they contribute to colon carcinogenesis, liver disorders and accelerated aging. Thus Champex®:

Supplements to take in conjunction with Champex®

For effective cleansing, detoxification and purification of the digestive system, other dietary supplements available to buy at Supersmart may also be of interest. Combining a number of natural extracts, the blend Cruciferous Detox Formula, for example, is perfect for detoxifying and protecting the liver.

For its part, the supplement Colon Cleanse Formula can help cleanse the colon by encouraging the elimination of waste products, food residues, bacteria and parasites. Discover too the innovative formulation Lectin Flush which facilitates the elimination of lectins, proteins implicated in certain digestive problems.

Composition
Each vegetarian capsule contains 250 mg of Champex®, a patented extract of the mushroom Agaricus bisporus.
Directions for use
One capsule per meal is generally sufficient. Two to six capsules a day may be necessary as required or as advised

Artichokes: their health benefits, how to cook them and how to get the most out of them

This vegetable from the thistle family appeals to both young and old alike with its delicate, sweet flavour … but how can you get the most out of its properties?

Detox: the 4 best substances for helping to detoxify the body

Perhaps you’ve eaten too much fat, sugar and salt, and drunk too much alcohol. Or maybe you just want to give your body a boost from time to time with some health-beneficial compounds. Here are 4 must-have substances to include in any detox programme.