7 reviews
Customer reviews
33.00 €(34.83 US$) in stock
Description
Lung Detox is an essential formulation to aid respiration and detoxification of the lungs.
Certificate of Analysis 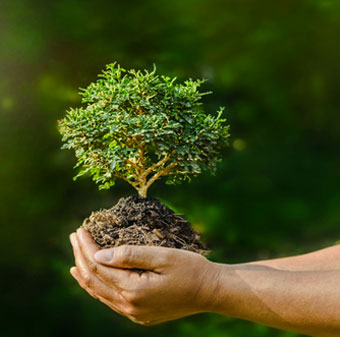 Lung Detox Supplement - Supports the Detoxification of the Lungs

Who is Lung Detox aimed at?

Lung Detox brings benefits for anyone concerned about the condition of their lungs and respiratory tract. It may be of particular benefit to:

Why do the lungs age faster than other organs?

The billions of cells in our bodies have a constant and enormous need for energy. To meet this need, we convert oxygen in the air into energy using a mechanism called ‘oxidative phosphorylation’. However, this process has a downside: oxygen is an aggressive compound which can damage our proteins, cells and tissues. Around 2% of the oxygen we breathe is converted into even more dangerous by-products called reactive oxygen species (ROS), sometimes referred to as ‘free radicals’.

All our cells are in constant contact with oxygen, but those that make up lung tissue (bronchi, alveoli) are exposed throughout life to the highest partial pressure of oxygen found in the body. All the oxygen which supplies the body’s cells is at some stage in close proximity to pulmonary cells. They therefore suffer a greater rate of damage than other cells, especially as the enzymes meant to fight free radicals are in shorter supply there than elsewhere in the body (8). In the long term, this damage accumulates, causing premature ageing of cells.

What is in the supplement Lung Detox?

Lung Detox contains the most scientifically supported ingredients with benefits for strengthening lung tissue and relieving symptoms related to inflammation of the respiratory tract:

How should Lung Detox capsules be taken?

The recommended dose is one capsule with each of the two main meals of the day. Throughout the supplementation period, it is also a good idea to take the additional measures listed below.

During exercise such as jogging, swimming or even walking, your muscles work harder and you therefore require more oxygen. To meet this additional need, your breathing and circulation increase. If you engage in such exercise regularly, your muscles get used to it and become stronger, reducing the amount of oxygen needed to sustain the physical activity (16).

People with damaged or inflamed respiratory function are often in a state of chronic hyperventilation and lack oxygen. To improve this problem, we recommend practising breathing exercises to strengthen the diaphragm, improve gas exchange in the lungs, promote relaxation and facilitate expectoration of bronchial secretions. And it goes without saying that smoking is definitely not recommended...

You can combine Lung Detox with other supplements available to buy at Supersmart such as the liver detox supplement Silyplus if you suspect your liver function is also compromised (by exposure to toxins such as alcohol, drugs, cleaning products, pesticides …). You can also add a natural anti-inflammatory such as Super Omega-3 if you think the inflammation is systemic. Last but not least, if you’re breathing in polluted air every day, consider taking Zero Pollution, a 100% natural supplement designed to protect your skin from the harmful effects of pollution.

Composition
Directions for use
Take 2 capsules a day.