4 reviews
Customer reviews
23.00 €(23.18 US$) in stock
Description
Paradoxine is an extract of paradise seeds with fat-burning properties.
Certificate of Analysis 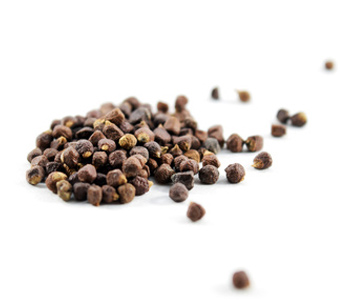 Paradoxine® is formulated from an extract of grains of paradise (Afromomum melegueta) containing 6-paradol, a powerful antioxidant which may also have a fat-burning effect in the body. This is why grains of paradise is often used as a natural fat-burner.

What are the benefits associated with Grains of Paradise?

Also known as melegueta pepper or alligator pepper, grains of paradise is a perennial plant which, like ginger, is part of the Zingiberaceae family. It is native to West Africa where it is widely used both for its digestive benefits and aphrodisiac properties. The beneficial effects of Aframomum melegueta are primarily linked to the presence of an active phenol compound called 6-paradol. This compound is responsible for the plant's spicy taste, similar to that of ginger. The structure of 6-paradol is also close to that of some of the compounds found in ginger, such as zingerone, 6-gingerol and 6-shogaol.

As highlighted in our article on the Top 10 Slimming Plants, there are a number of star performer plants with fat-burning effects. However, grains of paradise is often chosen over others because of its efficacy at reducing adipose tissue and its absence of unwelcome side-effects. Other natural fat-burners contains substances such as caffeine, or capsaicin in chilli peppers, to which some people are sensitive and which in some cases can have a negative effect on the central nervous system.

What do studies show about Grains of Paradise supplementation?

The weight-loss benefits of grains of paradise have been the subject of numerous scientific studies:

Paradoxine® is formulated from an extract of grains of paradise standardised to 12.5% 6-paradol. Delivered in vegetarian capsules, this slimming supplement is now available to buy from our website. The suggested dose is three capsules a day which is equivalent to an optimal intake of 15mg of 6-paradol. This dose can be adjusted in line with your therapist's advice.

Composition
Directions for use
adults. Take one capsule after each meal. Each capsule contains 40 mg of Paradoxine®.