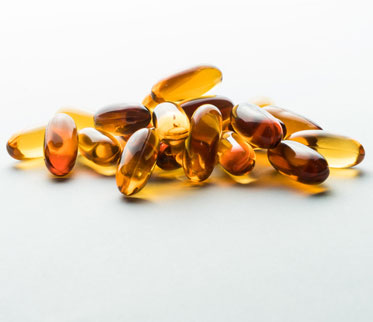 It was discovered completely by chance in the 1980s by scientists investigating carcinogens in grilled meat. Following a number of animal studies, the properties of this fatty acid were used in veterinary medicine to improve the muscle/fat ratio in livestock and its use has since been extended.

Dietary sources: are there any foods rich in CLA?

CLA is found in several animal-source foods, as bacteria in the digestive systems of ruminants converts linoleic acid into CLA. The mammary glands of these animals also appear to be able to perform this conversion (2).

The Western diet (non-vegetarian) typically provides just 0.5-1g of CLA a day (4). The foods that contain CLA are generally very high in calories, so recommending an increased intake of these foods to anyone watching their weight is not an option.

What about converting linoleic acid into CLA? Humans do not appear to be able to convert plant-source linoleic acid into conjugated linoleic acid as can ruminants, even if this only occurs in minute amounts under the effect of bacterial flora (3) and via a mechanism that remains poorly understood.

How is the supplement CLA 800mg formulated?

It has been developed from safflower oil, which is naturally rich in essential polyunsaturated fatty acids (65%-80 % stearic acid).

What happens to conjugated linoleic acid in the body once it’s ingested?

The CLA isomers accumulate in human tissue (particularly the liver, mammary tissue, adipose tissue and serum) and are metabolised via several metabolic pathways.

When should I take the supplement CLA 800 mg?

In the morning, after exercise, or with a meal: any time of day is fine. The recommended dose is 3g a day.

Does conjugated linoleic acid cause any side-effects?

CLA 800 mg has been tested in 18 different clinical trials and no side-effects have been reported at recommended doses. A two-year clinical study showed no evidence of serious side-effects from long-term supplementation with conjugated linoleic acid.

Which diet is best alongside supplementation with CLA 800 mg ?

No research has so far been conducted on combining CLA 800mg with specific diets. However, for cutting calories and initiating weight loss, the normal advice is to eat a balanced diet with the emphasis on fruits, vegetables and wholegrains.

Composition
Each softgel capsule contains 1,000 mg of safflower oil and provides 800 mg conjugated linoleic acid.
Directions for use
Take one or two softgels with meals that have the lowest fibre content (three to six softgels a day).