Miss Universe Fitness explains why she recommends taking GABA. Discover all the benefits of this neurotransmitter.
Contents
Rédaction Supersmart.
2022-04-12Comments (0)

What exactly is GABA?

GABA, or gamma-aminobutyric acid to give it its full name, is a neurotransmitter distributed across all regions of the brain.

This amino acid is used by the body to regulate brain activity. It is commonly referred to as a ‘neuromodulator’.

What are the benefits of GABA?

GABA is the main inhibitor of the central nervous system (1). In other words, it regulates the transmission of nerve signals: without GABA, neurons would act in an uncontrolled way and exhaust the body.

How does it work? Once released at a synapsis, GABA binds to the post-synaptic receptor. It then increases the neuron’s negative potential electric energy, which results in decreased neuronal excitability. (2-3).

Many people suffering from stress or anxiety (temporary or permanent) have much to gain by increasing their intake of foods that provide GABA (4).

What are the dietary sources of GABA?

GABA is produced from glutamate (also known as glutamic acid). This compound is found in various foods such as turkey, cod, eggs, parmesan, gouda, beans, parsley and spinach.

The fitness champion takes GABA during periods of pressure in particular, such as coming up to – and during - competitions. It forms part of her relaxation routine.

Note that she is also interested in the ‘neurotrophic’ properties of GABA: research suggests this amino acid promotes the growth of certain neurons (5). 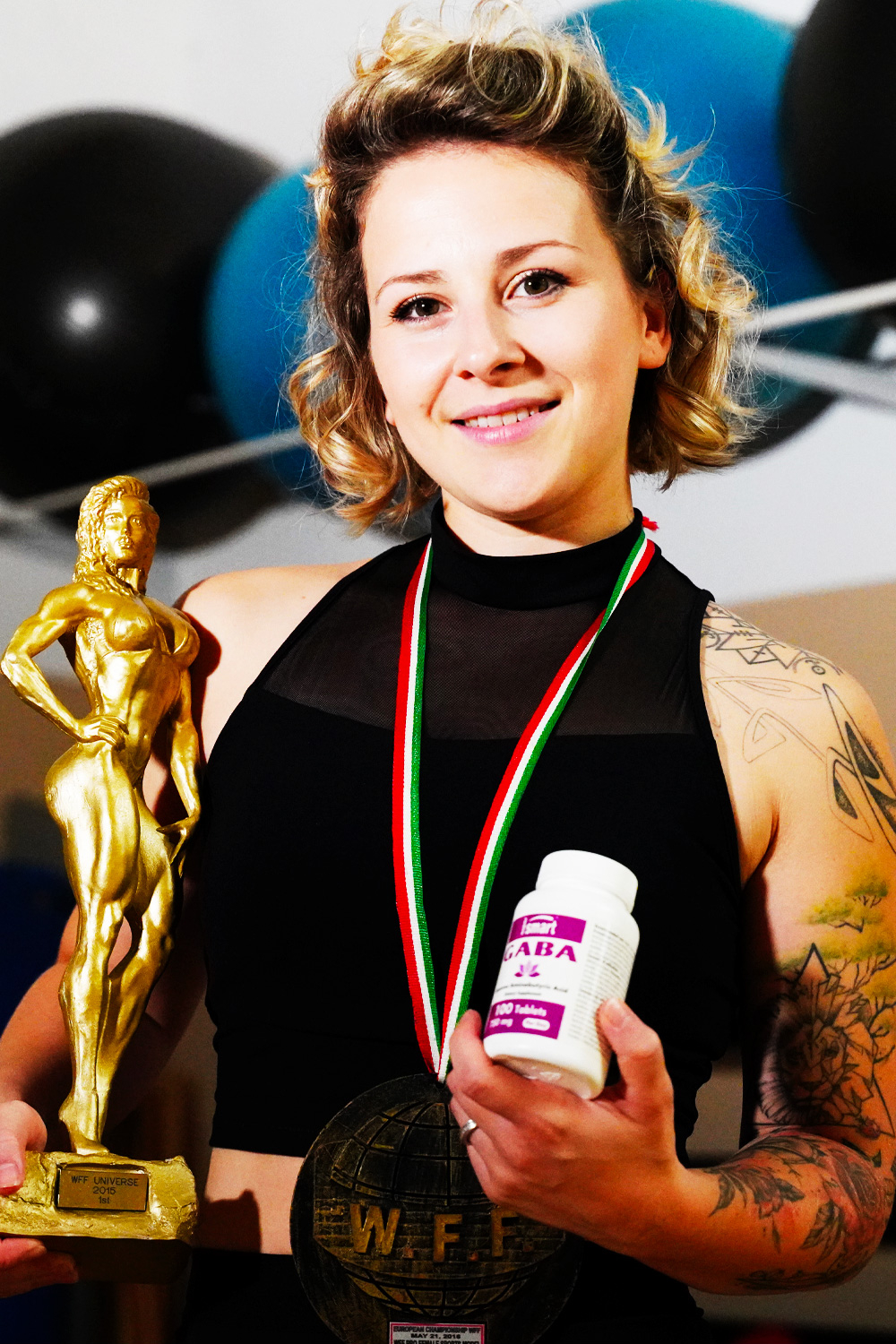 Dose: for adults. Take 1 tablet a day, in between meals. Each tablet contains 750 mg of gamma-amino-butyric acid (GABA).

(VIDEO) Why does Justine Gayraud recommend SuperSmart’s GABA in particular?

(Transcript below the video)

”Competing inevitably has its stressful side. At such times, I often take GABA.

Gamma-amino-butyric acid, or GABA, is the main inhibitory neurotransmitter of the nervous system.

I particularly like SuperSmart’s GABA because of its powerful dose which facilitates GABA’s passage to the blood-brain barrier helping it reach the central nervous system more easily.

Nature has created substances that are good for the mind and body : we might as well benefit from them!”

You must be connected to your account to leave a comment
Be the first to review this article
Our selection of articles
Modifying the gut microbiome to treat autism?

Your heart’s racing, you have a lump in the throat, and a feeling of dread: though harmless, an anxiety attack is still highly distressing. Here are 8 natural ways to ease these unwelcome episodes.

A natural aid to restoring quality sleep and managing stress

Supports adrenal function and improves the body's response to stress