1 reviews
Customer reviews
29.00 €(30.24 US$) in stock
Description
A high-quality cranberry extract for maintaining a healthy urinary tract
Certificate of Analysis 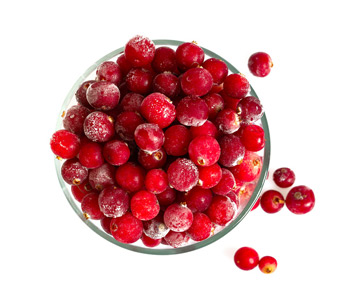 Cran-Max® is an exceptionally effective dietary supplement designed to improve the health of the urinary tract. It is composed primarily of cranberry, a North American fruit recognised for its ability to prevent and relieve urinary infections. This supplement represents an invaluable aid to maintaining the health of your urinary system.

Cran-Max® is aimed at any adult keen to maintain healthy urinary tract function. It is particularly designed for those who suffer from recurrent urinary tract infections (which are more common in women, with 20 million affected once a year).

What causes cystitis and other urinary infections?

Cystitis occurs in the bladder and is thus termed a ‘lower urinary tract infection’. It is usually caused by migration of Escherichia coli bacteria, naturally present in the large intestine, which travel up the urethra and ‘take up residence’ in the bladder.

Sometimes, cystitis gets worse, with the bacteria reaching the kidneys and/or renal pelvis, in which case it is called pyelonephritis, an ‘upper urinary tract infection’. This can have serious consequences, such as kidney damage or septicaemia, and always requires medical intervention.

In the female body, the distance between the anus and the urinary tract is shorter than in the male body and germs can therefore pass more easily from one orifice to the other. This is why women suffer from urinary tract infections more frequently than men.

What exactly is in Cran-Max®?

Cran-Max® contains carefully-selected natural ingredients, all chosen for their ability to either block bacteria or regulate the gut flora from which it comes.

The main ingredient in Cran-Max® is cranberry, a fruit plant primarily grown in the United States and Canada and used since time immemorial to treat urinary infections. Originally used by Native Americans, and then prescribed by doctors the world over from the 19th century, cranberry was the subject of renewed interest from the 1960s onwards as an alternative to antibiotics.

Acacia gum, or gum arabica, is a sap exudate obtained from Acacia senegal, a tree which grows in some regions of Africa. High in natural fibre, acacia gum is used to regulate gut flora and promote metabolic activity.

White rice bran is the name given to the outer layer or husk of the rice grain, which contains almost 60% of the cereal’s nutritional value. The insoluble fibre it contains also helps to improve gastrointestinal transit.

And a delayed release mechanism

Cran-Max® also contains a patented delivery system called Bio Shield®. This is designed to protect the capsule’s ingredients until they reach the lower gastrointestinal tract (the part of the digestive tract below the large intestine), where they are better absorbed. Bio Shield® thus maximises the efficacy of Cran-Max® 500 mg.

What effect does the cranberry concentrate have on the urinary tract?

As mentioned above, the cranberry concentrate (Vaccinium microcarpon) contains A-type proanthocyanidins which inhibit the ability of bacteria to adhere to the urinary tract. Unable to stick to cell walls, the bacteria are flushed out of the body. Two studies have demonstrated the ability of cranberry’s constituents to prevent bacterial adhesion and proliferation in the urinary tract (2) (3).

This is why Cran-Max® is so effective at preventing the spread of bacteria in the urinary tract. This supplement offers a natural way of boosting the urinary system, with no unpleasant side-effects.

According to another study, cranberry produces even better results in at-risk individuals, namely women who have already suffered a urinary infection (4). And two other trials have shown # cranberry to be very effective at preventing relapses, both in girls aged 3-14 (5) and pregnant women (6).

How should Cran-Max® be taken?

A dose of one vegetarian capsule a day will provide all the benefits of this high-quality dietary supplement, expertly developed by our laboratory. For optimal efficacy, we also recommend:

If you’re keen to protect yourself from bacteria, you may want to consider taking AHCC, one of our best natural immunostimulants, as well as Bacillus subtilis, a super-effective probiotic.

Composition
Directions for use
Take one vegetarian capsule a day.