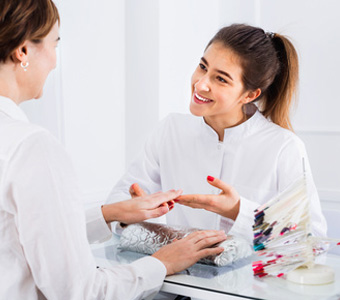 The dietary supplement Hair & Nails Formula has been specially conceived to offer a complete formulation for hair and nail care. More than just another new hair supplement, this formulation not only contains keratin, a protein recognised for its benefits for healthy hair, but many other nutrients too.

What are the ingredients in Hair & Nails Formula?

What role does Keratin play in hair and nail health?

Surprising though it may seem, our hair and nails have much in common. Both are considered to be dander – specific biological tissue characterised by high levels of keratin. This is a fibrous protein which exists in various forms including alpha keratin, the most abundant form in the human body. It consists of numerous sulphur-containing amino acids such as cysteine. Making up 95% of the hair's composition, keratin has both a structural and protective role. For example, it helps protect the body from many external attacks including UV radiation. In addition to these essential functions, keratin may also be associated with well-being. The structural changes of this protein may affect the aesthetic aspect of the hair and nails. A breakdown in the quality of keratin may be either caused by certain diseases or associated with cellular ageing. This is why keratin-based dietary supplements have been formulated to help care for both the hair and nails. Such supplements include the new Hair & Nails Formula which has the particular feature of including a new form of keratin - Cynatine HNS, a solubilised form for optimal bioavailability.

What are the benefits associated with Hair & Nails Formula?

The formulation of Hair & Nails Formula is based on a number of scientific studies. Its various ingredients offer a synergistic action which strengthens, stimulates and protects the hair and nails. With this new, optimal formulation, you gain the benefits of, amongst others:

As a result of the effects of all these ingredients, Hair & Nails Formula helps counteract hair loss and improves the strength, growth, elasticity, hydration and glossiness of the hair and nails. With their vitality and shine restored, dull, brittle hair and nails are a thing of the past!

Equally suitable for men and women, you can buy our dietary supplement Hair & Nails Formula from Supersmart website. In a single capsule, this new formulation combines several molecules with scientifically demonstrated efficacy. To obtain the benefits of this supplement, a dose of four capsules a day is recommended, two to be taken with each main meal. This dosage can be adapted according to your needs and the advice of your therapist. Buy Hair & Nails Formula today and benefit from this improved hair and nails care supplement.

Composition
Directions for use
Adults. Take two vegetarian capsules with each of your two main meals.

Subscribe to our newsletter
and obtain a 5% permanent discount
Our selection of articles
What are the 5 best supplements for our hair?

A perfect, glossy mane is not the sole preserve of models in conditioner adverts. In this article, you’ll find 5 dietary supplements that can help your hair shine like never before

Grey hair: the natural products that can help prevent it

Though it might be trendy among young people, for many in their thirties and forties, grey hair is definitely to be avoided. What makes hair turn grey? What natural solutions are there? Read on for the answers.

“You have beautiful nails, you know …” If this is a compliment you’ve never been paid, then perhaps it’s time to really start giving those keratinous plates at the tips of your fingers a bit more TLC. Discover 7 natural and simple tips to help you have strong, white, shiny fingernails.