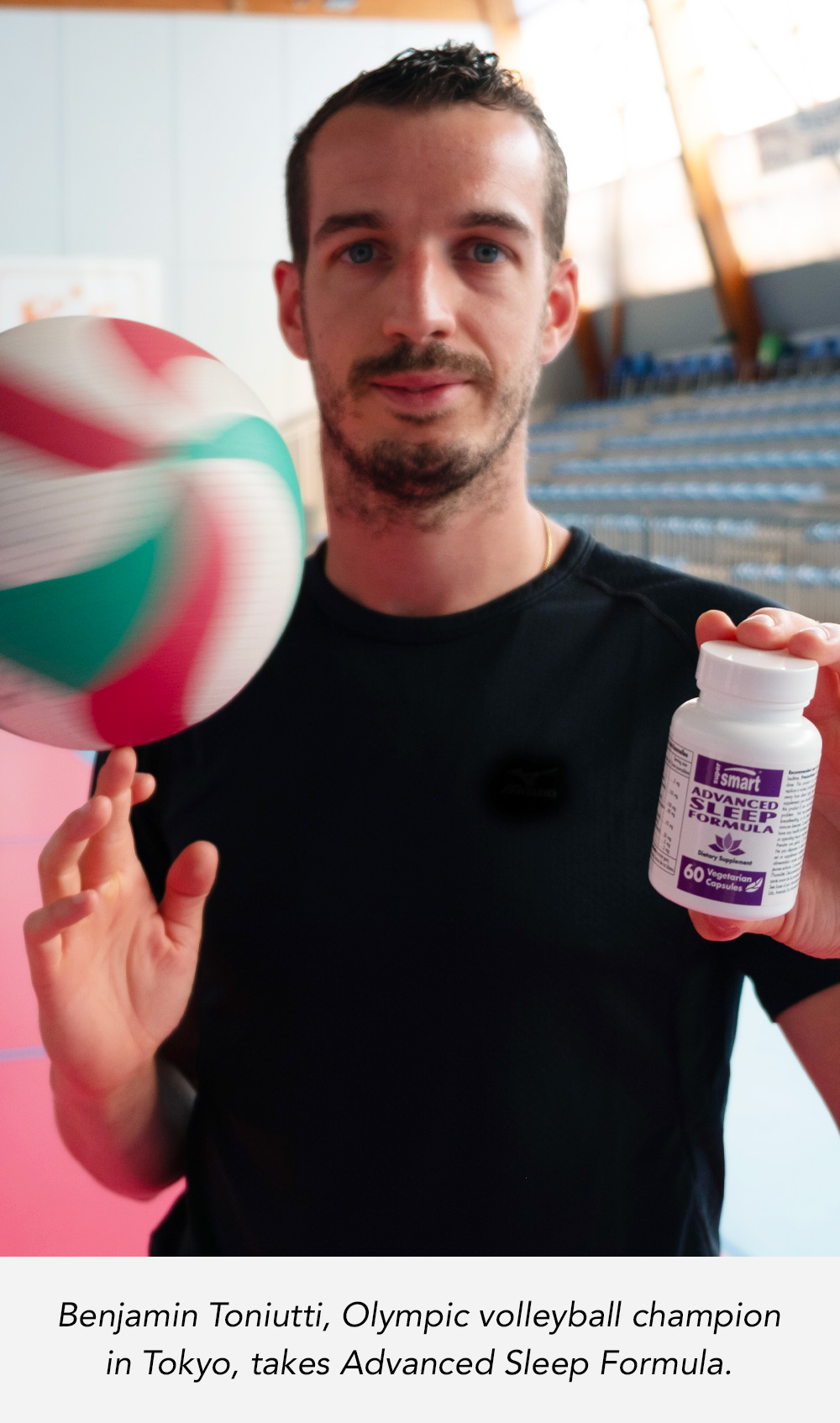 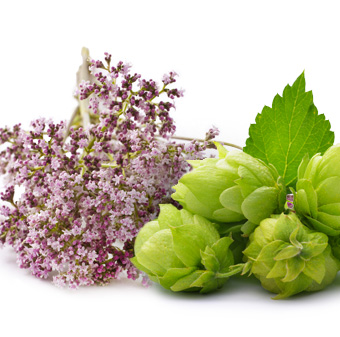 What are the ingredients in Advanced Sleep Formula capsules?

Sleep problems are one of the most common reasons for going to the doctor. When they’re not related to disorders such as anxiety or depression, they can be solved by taking a few simple steps, particularly ones using phytotherapy. Plant substances undoubtedly have the best benefits and achieve the best results in this area.

Very much in vogue, hawthorn is included in many products aimed at improving sleep problems. Its berries contain valuable flavonoids and procyanidins as well as a number of substances that act synergistically.

Passion flower’s calming effects (4) are widely documented, though its mechanisms of action have yet to be established. Its efficacy is probably the result of synergy between the plant’s alkaloids, flavonoids, glucosides and a recently discovered molecule, a benzoflavone moiety (BZF). A 2001 study showed that it may be as effective as a benzodiazepine-type drug widely prescribed for anxiety (7). It also has the advantage of not causing drowsiness in the morning.

Valerian (5) has been used to treat insomnia for thousands of years and in many parts of the world (8-9). During the First World War, it was popular with European soldiers for calming nervous tension triggered by bombing raids and combat. It’s thought to reduce stress by acting on several of the brain’s chemical messengers. Some studies have also shown that taking valerian supplements improves sleep and reduces fatigue.

Pyridoxal phosphate, a derivative of vitamin B6

This is a bio-active form of vitamin B6 (2) which plays a key role in the transmission of nerve impulses and the production of neurotransmitters such as serotonin, melatonin, dopamine and gamma-aminobutyric acid. It’s an essential vitamin which the body must obtain from the diet (particularly meat and fish).

Melatonin (1) is a hormone produced naturally by the pineal gland. Stimulated by the absence of light, secretion of melatonin makes us feel drowsy and gradually slows down our body functions. Unfortunately, excessive screen-time means our production of this ‘sleep hormone’ has become increasingly disrupted …

It’s recognised as helping to improve sleep problems related to a lack of melatonin, as occurs with an unhealthy lifestyle, night shift work, over-exposure to screens or jet lag.

There are two different forms available to buy at Supersmart:

The first helps you get to sleep more quickly, while the second is more suitable for those who experience wakefulness during the night. The scientific literature suggests that it is well-tolerated by both adults and children, and can be helpful for improving sleep (10-11). However, supplementing with low-dose melatonin (as contained in these products) should not be continued indefinitely.

Melatonin is found in poppy seeds, which are included in this formulation, and in flax, coriander and sunflower seeds (12). California poppy (5) (Escholtzia californica) is considered to be an excellent natural aid to sleep, as is hop, a tonic and nervous system relaxant, which also features in this product.

Who is Advanced Sleep Formula for?

This sleep-aid formulation brings benefits for anyone who experiences the following symptoms:

It is aimed more specifically at women, who tend to suffer from insomnia more than men, and at those over 50.

What other measures can be used alongside Advanced Sleep Formula?

To maximise this product’s efficacy, it is advisable to avoid the following aggravating factors:

Conversely, the following calming and sleep-inducing practices are recommended:

Last but not least, it’s a good idea during the evening to eat foods high in tryptophan, an amino acid involved in the synthesis of serotonin and which promotes sleepiness. The best dietary sources of tryptophan are seeds, brown rice, dairy products, eggs, pulses, chocolate and brewer’s yeast. You may want to combine Advanced Sleep Formula with a tryptophan supplement such as L-Tryptophan.

If you think stress is at the root of your sleep problems, it may be better to combine it with PharmaGABA®. If it’s pain that’s keeping you awake, then choose the excellent formulation Natural Pain Relief.

Why should you take Advanced Sleep Formula for your sleep problems?

There are at least five good reasons why you should choose Advanced Sleep Formula to help you tackle your sleep issues:

How should Advanced Sleep Formula be taken?

It’s best to take one capsule with a little water, half an hour before bed.

Composition
Directions for use
adults. Take one capsule 30 minutes before going to bed.

Women who are pregnant or breastfeeding, children, and those suffering serious mental problems or auto-immune diseases should not take melatonin. Driving or using dangerous equipment is not recommended after taking melatonin as it induces sleep and slows reactions.

Xanthohumol
Extract of hop flowers standardised in xanthohumol with unique chemopreventive properties
49.00 €(57.45 US$)

Subscribe to our newsletter
and obtain a 5% permanent discount
Our selection of articles
Can late-night eating really damage your health?

Sleep: the 5 most effective plants for beating insomnia

Sleeping well is not always easy … but the good news is that certain plants can help restore the joys of a good night’s sleep. Read on to find out which 5 plants can help put an end to disrupted nights.

10 essential tips for getting to sleep fast

Suffering from insomnia? Don’t panic: our easy-to-follow advice will help you fall asleep quickly and ensure you benefit from restorative sleep