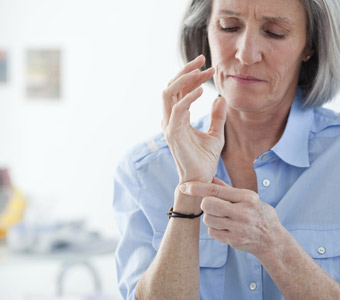 The dietary supplement Joint Support Formula has been specially formulated to optimise joint health, drawing on a wide body of scientific research and now available to buy at Supersmart.

What are the benefits of Joint Support Formula?

Other innovative formulations are also available to buy at Supersmart for relieving joint pain. One such supplement contains bone morphogenetic proteins, which are involved in joint and bone regeneration, while the formulation UC-II® offers the only patented form of undenatured type II collagen. There’s also an improved form of methylsulfonylmethane (MSM), one of the most extensively studied molecules in the area of joint health.

What are the ingredients in Joint Support Formula?

It’s not for nothing then that the Osteoarthritis Research Society International (OARSI) counts glucosamine among the treatments it considers potentially helpful to arthritis sufferers. It is included in Joint Support Formula in the form of glucosamine sulphate, the most highly rated by studies, from marine sources (the shells of certain crustaceans).

Despite what you might think, glucosamine is not a molecule created entirely by the pharmaceutical industry: it is naturally produced by the body from glutamine and glucose. It plays a fundamental role in maintaining the integrity of the joints, particularly cartilage. We now know that when this process of producing glucosamine goes awry, cartilage degenerates and arthritis develops. That is why it is one of the most widely studied natural substances in relation to arthritis. Thousands of studies have been published on the subject with the vast majority of meta-analyses confirming its efficacy for the relief of arthritis. Some of them even suggest it can help inhibit the development of the disease, unlike NSAID-type painkillers which tend to aggravate the process.

A close second to glucosamine is chondroitin, another molecule naturally produced by the body with well-documented efficacy. It’s an essential constituent of cartilage which helps ensure it retains water and maintains the elasticity, firmness and suppleness of the joints. Like glucosamine, it is recognised for relieving the pain of arthritis. It’s also thought to help fight inflammation. Promotes the reconstruction of cartilage by inhibiting hyaluronidase, the enzyme which destroys it, and osteoclasts, cells that contribute to loss of bone substance. The chondroitin in Joint Support Formula, is of marine origin whereas the majority of supplements use bovine or porcine cartilage. As absorption rates are somewhat low, supplements that contain less than 800 mg per daily dose should be avoided. Joint Support Formula contains 1200 mg.

Hyaluronic acid may offer benefits for joint health. Its ability to bind and retain more than 500 times its weight in water is particularly interesting as it may enable it to play a cushioning and lubricating role in cartilage and thus potentially reduce friction between bones. This mechanism is clearly one of the most credible explanations for its apparent analgesic effect.

The formulation also contains boron (2.5 mg per dose), a trace element involved in a number of physiological processes including bone development and calcium metabolism. While the scientific consensus is not total, a number of researchers have shown the incidence of arthritis to be higher among people consuming less than 1mg of boron a day. Evidence also suggests that arthritis sufferers always have lower boron levels (in the bones and synovial fluid) than healthy individuals. These two associations have led some scientists to recommend the consumption of 3-6 mg of boron a day (found in small quantities in nuts, pulses, fruit and vegetables) for preventing and treating arthritis.

The last of the three active principles included in Joint Support Formula is methylsulfonylmethane (MSM), a sulphur-containing compound found in very small amounts in a number of foods: fruits and vegetables, seaweed, seafood and meat. For some time, MSM too has been thought to reduce the pain of arthritis by promoting joint comfort, with a number of studies demonstrating its efficacy, at least in the short-term. Several books have been written about this supplement, but the theories advanced to explain its effects remain unproven: the most plausible is based on its high content of sulphur-containing compounds.

With the addition of vitamin C, manganese and silicon, this is a formulation that combines a selection of ingredients which are among the most widely studied or which offer potential in improving the health of the joints. Used for relieving pain, it offers a credible alternative to NSAIDs, the side-effects of which are increasingly apparent. It is aimed at individuals with joint problems, particularly those with arthritis: the dose can be adjusted according to the degree of pain felt but should not exceed three tablets a day.

Composition
Directions for use
Take three tablets a day.
Caution : do not take if allergic to fish or shellfish.

I think it´s doing well to me, it's one of the few products I want to stay taking. It's not cheap, but it's worthwile
ROUSSELOT NICOLE 2020-04-13