4 reviews
Customer reviews
29.00 €(30.46 US$) in stock
Description
The ultimate form of methylsulfonylmethane (MSM)
Certificate of Analysis 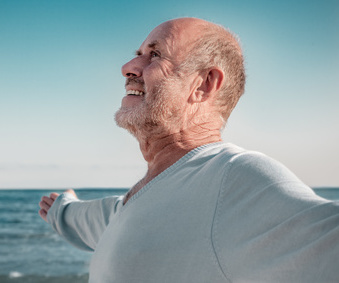 OptiMSM is a dietary supplement containing MSM (methylsulfonylmethane) in a biomimetic form. It is the purest and safest MSM supplement ever produced. Its biomimetic form means it is able to act as a precursor of the mucopolysaccharides (chondroitin, glucosamine, hyaluronic acid) found in our joints.

How is OptiMSM® produced?

OptiMSM® is completely free from heavy metal residues, impurities and contaminants thanks to a four-stage distillation process, which uses heat only, rather than powerful solvents.

Unlike other MSM supplements, the MSM molecule in OptiMSM® has not been isolated using crystallisation. When crystallised materials cool, various contaminants such as heavy metals and residual water can creep in and end up in the final product.

Where is OptiMSM® produced?

It is produced exclusively in the United States in accordance with GMP standards ensuring total traceability. It has been awarded GRAS status (Generally Recognized As Safe) by the FDA and conforms to the highest standards of pharmaceutical microbiology.

Every batch is tested to ensure the absence of potential allergens. OptiMSM® is certified Kosher, Halal, vegetarian and guaranteed gluten-free (see the article mode "sans gluten") and GMO-free.

MSM is a natural substance found in the body and in certain foods. In nature, the highest concentrations are found in mammalian milk but it is not possible to extract and isolate it from this source.

Contrary to what some suppliers would have you believe, MSM supplements do not come from wood, plants or fossil fuels. They are always synthetic inasmuch as MSM production requires a chemical reaction. In other words, no one MSM supplement is any more natural than another. All MSM supplements use the same type of raw material, but there are important differences in the quality of manufacture, purification process and control tests applied.

The laboratory Bergstrom Nutrition is able to guarantee that the MSM in OptiMSM® is of the highest purity, thanks to a method recognised as being far superior to those used in other supplements. In any event, the final product is biomimetic – the molecule is the same as that found in nature.

How does OptiMSM® work?

Methylsulfonylmethane (MSM) has been sold in supplement form since the end of the 1990s. It is a sulphur-containing compound which is present in certain foods. An important mineral for health, and the fourth most abundant in the body, sulphur supports the synthesis of two essential amino acids: methionine and cysteine. It is found in several foods including garlic, onion, broccoli and cabbage but is easily destroyed by cooking and processing.

MSM’s mechanisms of action are not yet fully understood and none of them can be mentioned under existing regulations.

What is oxidative stress? How is it related to inflammation?

Oxidative stress and inflammation are closely linked because each influences the other.

At the site of inflammation, inflammatory cells (lymphocytes, phagocytes, mastocytes, etc.) in turn release significant amounts of reactive oxygen and nitrogen species (often termed ‘free radicals’) in order to neutralise the pathogens or alert the body. These reactive species trigger a cascade of intracellular reactions which exacerbate the inflammation. It’s a vicious circle.

How long does it take for the effects of OptiMSM® to be felt?

MSM reaches the blood vessels in less than 45 minutes, but in general, it’s best to wait until you’ve been supplementing for two weeks before making an initial assessment.

What’s the ideal dose of OptiMSM®?

Recommended doses range from 2g to 8g a day, ie, ½ à 2 teaspoons a day, diluted in a glass of water or fruit juice.

What’s the difference between MSM and chondroitin or glucosamine?

Glucosamine (N-Acetyl Glucosamine) and chondroitin (Chondroitin Sulfate 95 %) are not necessarily aimed at reducing inflammation. They are much larger, more complex molecules than MSM which is essentially composed of carbon and sulphur. Glucosamine and chondroitin are structural components of cartilage, which is not the case for MSM.

It can, however, be beneficial to combine them.

Why are some MSM supplements cheaper than OptiMSM®?

Bergson Nutrition is the only MSM manufacturer to invest in research and safety studies (1) (2) (3) (4). The unrivalled quality of its manufacturing processes and commitment to quality control of the final product is reflected in the price of the supplement.

Most other MSM supplements are produced in China and their quality leaves a lot to be desired.

OptiMSM®, Bergstrom Nutrition®, USA.
Directions for use
Adults. For maximum efficacy, take between 2 and 8g/day OptiMSM® powder diluted in a glass of water or fruit juice (between half and two teaspoons a day).

Bone Morphogenetic Proteins
Cyplexinol® For complete regeneration of the osteo-articular system
67.00 €(70.36 US$)

A pack for a complete regeneration of the osteo-articular system promoting joint comfort and easing pain associated with osteo-arthritis and rheumatoid arthritis.

This combination guarantees a powerful and rapid synergistic effect and reduces inflammation, protects joint cartilage and participates in its reconstitution.