Price summary
Total price of the offer
87.00 €
Add to basket 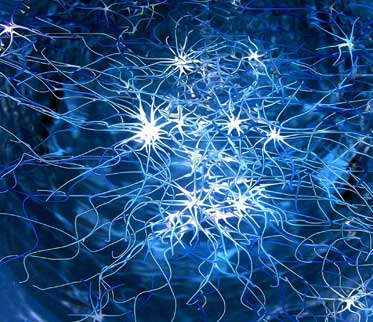 N-Acetyl L-Tyrosine is a dietary supplement containing tyrosine, a proteinogenic amino acid produced by the body from phenylalanine.

It plays a role in the production of melanin, a pigment responsible for skin colour, and in regulating mood.

Tyrosine dose: how much should you take a day?

Tyrosine is produced by the body from phenylalanine, the dietary requirements of which have been assessed by the WHO as being 1.5g-2g (1-2). However, when metabolic demand exceeds what can be produced endogenously, tyrosine needs to be obtained at sufficient levels from the diet, as is the case with other amino acids such as taurine, glycine, arginine and proline.

In such – relatively frequent – cases (fatigue, over-training, depression), tyrosine supplements can be helpful. Tyrosine actually helps to synthesise catecholamines – adrenalin, noradrenalin and DOPA, as well as melanin and thyroid hormones.

What happens to tyrosine in the body once it’s ingested?

Tyrosine is able to cross the blood-brain barrier and reach the brain, where a fraction of it is converted into L-DOPA, under the action of an enzyme called tyrosine-hydroxylase (4), which is in turn converted into the so-called ‘pleasure’ hormone. Studies show these conversions increase in situations of stress or intense cognitive exercises (5-7). In the medium term, however, stress is known to reduce the level and performance of catecholamines, probably due to the fact that the amino acids that help to produce them become depleted.

A number of pathological conditions are associated with decreased synthesis of catecholamines and the ‘pleasure hormone’ (8-9).

Are there any contraindications or potential side-effects associated with tyrosine supplementation?

N-acetyl L-tyrosine supplements are usually taken by sportspeople to combat fatigue (physical and mental) and to increase resistance to stress. The scientific literature reports no risks associated with such use but does not recommend it for those with Parkinson’s type disorders or thyroid problems.

The recommended dose is around 600mg of tyrosine a day (2 capsules), to be taken at the beginning of the day when the rate of catecholamine synthesis in the brain is at its highest.

What’s the difference between tyrosine and tryptophan?

Tryptophan is an essential amino acid, and in particular, a serotonin precursor. Unlike tyrosine, tryptophan is found in plant-source foods because animals are not able to synthesise it. However, both these amino acids are involved in producing neurotransmitters, so it is worth considering combining tyrosine supplementation with that of tryptophan.

This product should not be used to replace a varied, balanced diet or healthy lifestyle. Respect the advice on use, the recommended daily dose and the use-by date. Not recommended for women who are pregnant or breastfeeding, or for children under 15. Keep out of young children’s reach. Store in a cool, dry place.

Composition
Each vegetarian capsule contains 300 mg pharmaceutical grade N-acetyl L-tyrosine.
Directions for use
Take one to three vegicaps a day on an empty stomach. To facilitate the conversion of tyrosine into neuro-mediators we also recommend taking a multivitamin with vitamin C, vitamin B6 and folic acid.