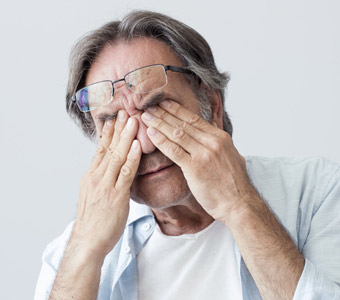 After nearly 15 years' absence in Europe, L-tryptophan, one of the essential amino acids in the diet, is back - available to buy once more in an authorised nutritional supplement. A precursor of serotonin, melatonin and niacin, tryptophan is a vitally important substance. Discovered in 1901, it has been used for decades to relieve depression, promote sleep or aid with weight loss.

What benefits do studies show about L-Tryptophan?

Serotonin plays a key role in many of the body's functions, and particularly in depression, anxiety, mood and appetite control. Many people eat excessive amounts of carbohydrates when they feel stressed, depressed or anxious. This results in a rise in cerebral serotonin and a temporary feeling of well being and security, but at the same time, an increase in fat stores. Tryptophan supplementation improves psychological state without inducing increases in the amount of stored fat. Several studies have demonstrated the benefits and efficacy of tryptophan.

In 1990, its use in supplements was banned, after a single contaminated batch of tryptophan supplied by one Japanese manufacturer apparently led to the development of a deadly condition. It should be noted that this ban coincided with the launch of Prozac. Its use in drugs, infant formulas and parenteral food products, however, continued unhindered.

What are the differences between L-tryptophan and 5-HTP?

L-Tryptophan and 5-HTP are converted into serotonin following the same metabolic pathway. However, certain people react better to supplementation with L-tryptophan than with 5-HTP. This may be for a number of reasons.

L-tryptophan is available to buy in Supersmart's catalogue, providing benefits as an essential amino acid that is crucial for healthy body function and particularly, for the production of niacin.

Composition
Each tablet contains 500 mg of L-tryptophan, one of 8 essential amino acids present in the diet. Tryptophan is a precursor of serotonin, melatonin and niacin.
Directions for use
Take one to two tablets a day. Do not take tryptophan alongside other substances such as 5-HTP which also increases serotonin levels, without medical supervision.

Subscribe to our newsletter
and obtain a 5% permanent discount
Our selection of articles
COVID-19 crisis: explosion in mental health problems in 2021