2 reviews
Customer reviews
32.00 €(30.98 US$) in stock
Description
Picamilon is a comprehensive solution to fight the effects of stress and anxiety.
Certificate of Analysis 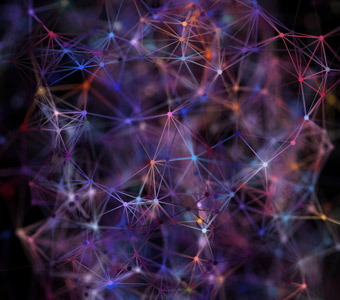 Picamilon is a tranquillising supplement in vegetarian capsules, that combines the effects of gamma-aminobutyric acid (GABA) and niacin (vitamin B3).

Widely studied, gamma-aminobutyric acid (GABA) and niacin (vitamin B3), are known to play a role in regulating many of the body's functions, including excitation of the central nervous system. Hence the efforts of Russian scientists to combine them in order to offer an effective solution against stress and anxiety. Producing encouraging results, their research has led to the development of a new molecule called N-nicotinoyl-GABA. Better known as picamilon, pycamilon or pikamilon, this innovative molecule is well-known in Russia, where it is available to buy as a prescription drug for certain types of stress and anxiety.

While certain everyday situations require the excitation of neurons, the ability to modulate such excitation is vital. Over-excitation of neurons can have damaging effects in the long-term, causing high blood pressure and impairing cardiovascular health. The body has a defence system in place to combat such harmful effects, but it requires a precise balance between inhibitory neurotransmitters like GABA and excitatory neurotransmitters such as glutamate. Unfortunately, imbalances between GABA and glutamate can occur in which case additional intake of GABA may be necessary in order to restore the right balance and thus combat stress and anxiety.

What are benefits associated with Picamilon?

By combining the properties of GABA and niacin, the Russian scientists have produced a comprehensive solution to fight the effects of stress and anxiety.

You can now buy this new nutraceutical, result of many years' research, in the Supersmart online catalogue. It is offered at a suggested dose of one to two capsules, to be taken between one and three times a day, although this dose can be adjusted to your needs and the advice of your therapist. Regardless, picamilon should not be taken at the same time as other vasodilators such as Ginkgo biloba or vinpocetine.

Composition
Each vegetarian capsule provides 50 mg picamilon which chemically combines a molecule of niacin (vitamin B3) with a molecule of gamma-aminobutyric acid (GABA).
Directions for use
Take one or two capsules, between one and three times a day, as required, or as advised by your therapist.
Warning: High doses of picamilon should not be used in combination with other vasodilators such as Ginkgo biloba or vinpocetine.

Subscribe to our newsletter
and obtain a 5% permanent discount
Our selection of articles
The brain: the 3 best neuroprotective supplements