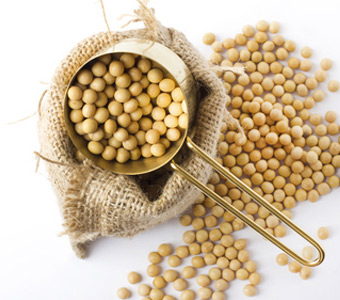 Nattokinase is a dietary supplement containing nattokinase, an enzyme which has been attracting significant scientific interest since its discovery in a traditional Japanese food (natto) and the confirmation a few years later of its exceptional properties.

Delivered in the form of softgels, it also contains vitamin E for optimal preservation of its biological activity.

Fibrinolysis is a normal, breakdown process in which clots of fibrin (a filamentous protein) are broken down by the enzyme plasmin. This reduces the amount of fibrin in the blood, and as a result, helps to protect the body against thrombosis, the process in which a blood clot forms in and obstructs a blood vessel.

Plasmin is an enzyme produced by the liver, initially in an inactive form, plasminogen. This binds to fibrin, and if a clot forms, the plasminogen becomes activated and cuts the fibrin in different places.

This normal reaction is facilitated by activators such as urokinase and Tissue Plasminogen Activator (t-PA) secreted by the vessel wall following a trauma. These activators work primarily by converting the plasminogen into plasmin (2).

Thrombosis is defined as the obstruction of a blood vessel by a clot. It can be venous (phlebitis, pulmonary embolism) or arterial (heart attack, stroke …).

Most of the time, thrombosis occurs after damage to a vessel wall following gradual hardening and loss of elasticity. This is called atherosclerosis.

Atherosclerosis is normally seen in those over 40 but there are certain groups of people at higher risk:

What is natto, the source of nattokinase

Natto is a food made from soya beans fermented with the bacteria Bacillus subtilis. It has been traditionally consumed in Asian countries for over 2000 years, particularly Japan where it’s thought to be a factor in the exceptional longevity of the Japanese people (3).

In 1987, a team of scientists discovered that this food contained a potentially fibrinolytic enzyme called nattokinase (NK). A large number of studies have since been conducted on this enzyme (4-6), the ingredient in our dietary supplement.

How should our nattokinase supplement be taken?

We recommend taking 2-4 capsules a day or as advised by your therapist.

Each capsule contains 50mg of nattokinase, which corresponds to 650 FU (fibrin degradation units). Studies show that nattokinase can be absorbed in the gut when administered orally, especially in the form of softgels.

Traditional consumption of natto and the numerous clinical trials conducted on it over the last 30 years have shown nattokinase to be safe, including in supplement form (7). However, it is not recommended for those who have suffered an ischaemic stroke, peptic ulcer or coagulation disorders, or anyone receiving anticoagulant treatment, as well as people due to have, or who have had surgery. Nattokinase appears to act as an anticoagulant and may therefore aggravate bleeding disorders.

We also recommend following the steps below throughout the supplementation period to help lower your risk of thrombosis and/or atherosclerosis:

Warning: Contains soya.
Directions for use
Take two to four softgels a day, or as advised by your therapist.
Each softgel contains 50 mg nattokinase corresponding to 650 FU (fibrinolytic activity units).