Natural combination of L-carnosine and zinc, to be taken with meals 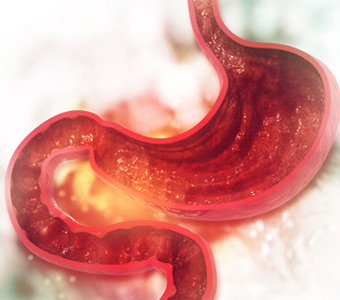 Zinc L-carnosine (ZnC or polaprezinc) is a natural, effective and well-tolerated dietary supplement, which provides 17mg of zinc and 58mg of elemental carnosine. It is a chelated compound containing zinc, a mineral that helps fight intestinal inflammation, and L-carnosine, known to optimise zinc’s efficacy (1). It’s a natural solution that helps to protect the integrity of the gastric mucosa and reduce the symptoms associated with acid reflux.

What is in the supplement Zinc L-Carnosine?

ZnC contains, first and foremost, zinc, a mineral essential for good health, and one involved in more than 200 enzymatic reactions. It’s found in most types of meat and nuts, as well as in oysters, sesame seeds and pulses. The problem is, the body only absorbs 15%-40% of the zinc present in these foods, and absorption declines with age.

It also contains carnosine (β-Alanyl-l-histidine), arguably one of the most promising discoveries of recent years. It’s a peptide formed naturally by the body when protein-rich foods are digested. Carnosine improves the absorption of zinc as a result of its solubility and ability to gradually release zinc to the site of inflammation (1).

What are the benefits for gastric health?

Research has demonstrated the ability of ZnC to restore the gastric mucosa (2), and some studies even suggest this effect could extend to the whole of the digestive tract, from taste disorders to intestinal disturbances (6-8).

This is consistent with zinc’s ability, widely documented in the scientific literature, to support normal epithelial tissue function (9).

Acid reflux and stomach pain are often treated too lightly, but over time, they can generate serious consequences for health including ulcers, peptic stenosis (narrowing of the oesophagus), and even oesophageal cancer.

What natural, drug-free ways are there of protecting the lining of the stomach?

Protecting the stomach membrane and reducing the discomfort of acid reflux often requires the use of pharmaceutical substances, which are not without side-effects, ranging from simple antacids (chewable carbonate or calcium bicarbonate tablets) to proton pump inhibitors (PPIs) which directly tackle acid production by the stomach. Doctors also prescribe H2 antihistamines which, by blocking certain receptors in the stomach, reduce acid secretion and thus reflux. But these common remedies can all cause adverse side-effects, especially that of accelerating the risk of osteoporosis-related fractures.

Consuming plants such as liquorice, marshmallow or elm sometimes helps, with liquorice root extracts normally the most effective.

What is gastroesophageal reflux?

Gastroesophageal reflux, or acid reflux, is what happens when some of the stomach’s contents, particularly highly-acidic gastric juices, travel back up into the oesophagus. This produces what is known as heartburn (but which is actually oesophagus burn). Repeated acid reflux of this kind can have serious consequences: chronic inflammation can affect the oesophagus wall, which is not equipped to cope with such acidity, leading to serious damage (particularly ulcers).

How should our zinc/carnosine combination be taken?

We recommend taking one vegetarian capsule in the morning and one in the evening, with meals.

As stomach problems can be exacerbated by various factors, we also recommend adopting the following steps throughout the supplementation period:

You could also try some other related supplements:

Finally, the long-term effects of supplementation with zinc L-carnosine are now well established: no side-effects have been reported in pre-clinical and clinal trials (10-11).

Subscribe to our newsletter
and obtain a 5% permanent discount
Our selection of articles
In which foods are probiotics and prebiotics found?