Methylcobalamine
Tiredness and Lack of energy

24 reviews
Customer reviews
22.00 €(23.82 US$) in stock
Description
Methylcobalamin is a highly active form of vitamin B12.
Certificate of Analysis 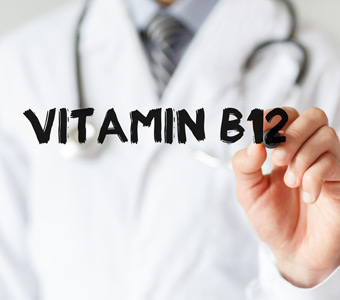 Methylcobalamin is formulated from a specific form of vitamin B12 (cobalamin) called methylcobalamin. The other forms of vitamin B12 are cyanocobalamin and adenosylcobalamin. Methylcobalamin is a highly active form of the vitamin, hence its inclusion in the composition of this new product. Supplementation is particularly useful since vitamin B12 plays a number of roles within the body and is essential for good health. As humans cannot synthesise this B complex vitamin, it must be ingested daily in order to meet the body’s requirements, available to buy at Supersmart.

What are the benefits of Vitamin B12?

Vitamin B12 is involved in the synthesis, absorption and metabolism of numerous molecules, giving it a key role in the body. In order to offer a high-quality vitamin B12 supplement, this product has been formulated using methylcobalamin. Its recognised activity in the body means it is highly effective at combatting deficiency, amongst other benefits:

Providing the benefits of this active form of cobalamin, this supplement contains an optimal 1mg of vitamin B12 per tablet, with a suggested dose of 1 tablet a day, although this can be adjusted in line with your needs and the advice of your therapist. You may also be interested in other vitamin supplements such as Triple C, our complete vitamin C formulation, and Daily 6®, our latest-generation multivitamin supplement, available to buy at Supersmart.

What do the studies say about Methylcobalamin?

Apart from its use in preventing a lack of vitamin B12, methylcobalamin has also been studied for its potential to improve alertness and cerebral protection. Research has focused in particular on the pharmaceutical benefits of methylcobalamin for preventing neurological problems. Ultimately, such research aims to find effective treatments for neurodegenerative diseases. Initial results suggest that methylcobalamin may act in the brain by:

When should I take Methylcobalamin?

Although vitamin B12 can be obtained from the diet, deficiency is not uncommon, particularly among older individuals. Supplementation with methylcobalamin is indicated in such cases. This active molecule is also recommended for vegetarians and vegans, because foods that contain it are often animal-source, such as offal and seafood. Dietary supplements may, therefore, be necessary for those following a vegetarian or vegan diet.

Given the crucial roles vitamin B12 plays in the body, it’s essential to ensure an adequate intake of this vitamin, particularly as a shortfall may result in insufficient production of haemoglobin which is vital for transporting oxygen to red blood cells. If this is not addressed, it can lead to anaemia which is characterised by abnormally low levels of haemoglobin. In vitamin B12 deficiency anaemia, red blood cells are usually bigger than healthy ones. Generally known as macrocytes, these larger red blood cells do not permit adequate oxygen transport, resulting in poor oxygenation of the body. This manifests in various symptoms such as pale skin, a rapid heart rate, severe fatigue, breathing difficulties and headaches. Vitamin B12 supplementation may thus be necessary to prevent deficiency or combat the symptoms of anaemia.

Composition
Directions for use
Take one sublingual tablet a day for preventive purposes, or more if advised by your therapist. 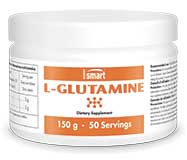 Smart Pills
An exceptional formulation for stimulating the brain (nootropic)
35.00 €(37.90 US$)