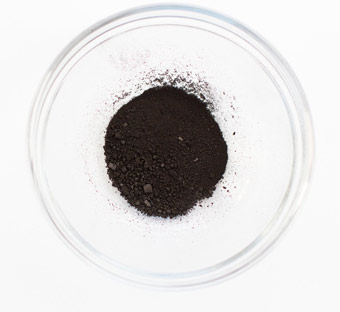 Charcoal 400 mg is an activated vegetable charcoal supplement for tackling bacteria, toxins, and above all, gas. Sometimes described as a ‘band-aid for the gut’, it helps eliminate flatulence, belching, aerophagia (excess swallowed air), as well as bad breath related to abnormal fermentation in the gut.

Charcoal 400 mg is primarily aimed at:

How is Charcoal 400 mg produced?

Activated charcoal is charcoal that has undergone an activation process to give it an expanded, porous surface. This is made up of microcrystalline graphite layers with numerous pores, the number and size of which depend on the raw material and quality of activation.

Charcoal 400 mg is obtained from a resinous wood, and then ‘activated’ to produce a network of ultra-fine pores.

Although passing gas through the rectum is a completely normal physiological process, in excess, it can be a major handicap. On an empty stomach, the average volume of gas in the gut is around 200ml, but around 600ml of intestinal gas (with a variation of 475ml-1500ml) is released each day via the anus (1).

On average, people pass gas 10 times a day, though this varies significantly between individuals. There is undoubtedly a correlation between frequency of flatulence and volume of intestinal gas (2).

There are two main factors behind the production of intestinal gas:

Flatulence may also be related to rare malabsorption conditions, lactose intolerance or the inability to burp out enough swallowed air. Flatus, or intestinal gas, is primarily composed of nitrogen (over 90%), as well as hydrogen, carbon dioxide (CO2), methane, hydrogen sulphide, (responsible for the smell), dimethyl sulphide, and skatoles, which are mostly responsible for the noise (4).

What are the main problems caused by flatulence?

Almost half of all people who complain of excessive flatulence produce no more gas than other individuals, but they retain it for longer (5). Others are affected by increased fermentation.

Around 20% of Western populations suffer from bloating and embarrassing flatulence. For the majority, mostly women, these flatulence problems are accompanied by symptoms such as abdominal tension, an unpleasant sensation of pressure, rumbling, bloating and even pain – felt predominantly around the navel and lower abdomen (6). However, the symptom considered to be the most troublesome remains abdominal distension which can be objectively measured and is therefore not simply an impression. In those affected, there is generally impaired abdominal wall muscle tone: retention of gas produces a paradoxical relaxation of the muscles involved in maintaining tone in the lower abdomen.

These symptoms are normally worse at the end of the day but are relieved by defecation.

When should I take Charcoal 400 mg?

Active charcoal supplements must be taken after meals, and not at the same time as medication.

Are there any precautions to be applied when taking activated charcoal?

Drinking alcohol is not recommended while supplementing with charcoal as it may reduce its ability to absorb gases and toxins (7). Taking oral medication may have the same effect. Activated charcoal should therefore be taken over an hour after ingesting either of these, and after consulting a health professional.

What other measures can be taken alongside charcoal supplementation?

As soon as symptoms appear, it’s appropriate to start a course of charcoal supplementation for a few days.

At the same time, you should:

As soon as your symptoms have gone, gradually return to your normal diet, reintroducing the foods mentioned above bit by bit.

Other detoxification supplements may also be of interest:

Composition
Directions for use
Adults. At the first sign of intestinal problems, take 2 to 3 capsules after each of your three meals.
Each capsule contains 400 mg of activated charcoal.
Trustpilot
References