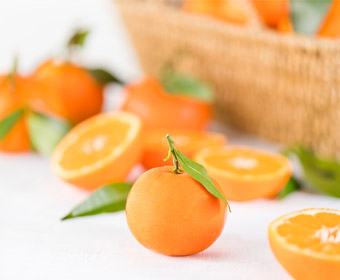 Ester C® has been developed from an exclusive form of vitamin C. Patented in 1989, this form is uniquely comprised of natural, non-acidic vitamin C metabolites, a specific composition that gives it excellent bioavailability. Analysis of Ester C® has shown it provides four times as much vitamin C as other forms – a significant attribute given that vitamin C is recognized as essential for good health, now available to buy at Supersmart.

What are the benefits associated with Ester C®?

Given its numerous roles, vitamin C has for many years attracted the interest of the scientific community. It is frequently recommended by health professionals for giving the body a boost, particularly in the case of temporary fatigue, times of stress and changes in season which can upset the metabolism. It is thus sometimes referred to as the ‘anti-fatigue vitamin’ or ‘energy vitamin’. Vitamin C’s antioxidant power also gives it significant therapeutic potential. It offers benefits in the prevention and treatment of certain diseases by combatting oxidative stress and free radical damage. Free radicals are involved in the development of many health disorders. Vitamin C may therefore constitute an important asset in treating colds and ‘flu, hypertension, cardiovascular disease, cataracts and certain neurological diseases. The benefits of vitamin C are proven; countless scientific studies have confirmed the crucial role it plays in human health. Acting at different levels, this molecule is involved in a number of functions in the body, including vital ones. It is, for example, known to:

Like all vitamins, vitamin C must be provided by the diet. While the majority of mammals are able to produce vitamin C themselves, humans lost this ability a long time ago, and must therefore obtain it in other ways. Fruit and vegetables contain vitamin C, the richest sources including guava, peppers, blackcurrants and citrus fruit, but the preparation of these foods tends to impair their nutritional quality. Being fragile, vitamin C is easily destroyed, particularly by light and heat. Neither can it be stored by the body which is why our daily requirements for vitamin C are relatively high. Nutritional supplementation may thus help ensure an optimal intake, reducing the risk of deficiency and the health-damaging consequences such deficiency can bring.

In order to produce the best possible vitamin C supplement, our new product has been developed from a specific form known for its excellent bioavailability. Ester C® also has the advantage of being non-acidic and is therefore well-tolerated by the stomach. There are no reported side-effects from its use. To offer maximum benefit from this patented form of vitamin C, it is encapsulated in vegetarian capsules, each one containing 787 mg of Ester C® which provides 600 mg of vitamin C. This level of vitamin C means the suggested dose is two to four capsules, one to three times a day, though this dose can be adapted to your needs and the advice of your therapist.

As well as supplementing with Ester C®, you may find these other nutritional supplements of interest too.

Discover the properties of Vitamin D3, a bioavailable form of vitamin D3 for optimal dissolution. See also Zinc Orotate, which plays a part in almost all the body's cellular and enzymatic processes.

Composition
Each vegetarian capsule contains 787 mg Ester C® providing 600 mg of ascorbic acid (vitamin C).
Directions for use
Adults. Take from 1 to 4 capsules one to 3 times a day.

Subscribe to our newsletter
and obtain a 5% permanent discount
Our selection of articles
Is it possible to combine different dietary supplements? How should you go about it?

Can you combine several different dietary supplements at the same time? How can you gain maximum benefit from their combined effects? This article has the answers.

Nettle is a plant that grows abundantly along country lanes. Your bare legs may not appreciate being stung by it, but nettle is actually full of health virtues when you know how to use it .... Discover its benefits now.

Ecology: which are the best supplements when it comes to respecting the environment?

Supplement manufacturers are also acting to safeguard our beautiful blue planet. Discover the most eco-friendly supplements for helping to reduce your carbon footprint and impact on the world’s ecosystems.