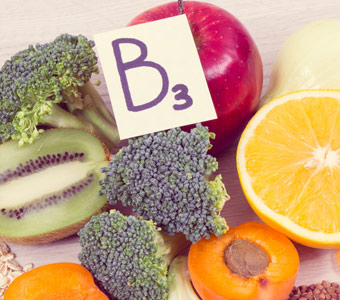 Inositol hexanicotinate or IHN (six molecules of niacin bound to a single molecule of inositol) is the only form of niacin which causes neither redness nor flushes, thus providing all the benefits of higher-dose niacin (500 mg per vegicap) without the flush', now available to buy in vegetarian capsules at Supersmart.

IHN is mainly recommended for lowering LDL cholesterol and raising HDL cholesterol, for reducing triglycerides and as a vasodilator, particularly for peripheral circulation problems. Healthy individuals also take lower doses of IHN for prevention purposes and for the many metabolic benefits associated with niacin supplementation.

Niacin is an essential B vitamin which plays a key role in cerebral and cardiovascular health and which is involved in a multitude of cellular and enzymatic processes. One of niacin's functions in the body is to help eliminate bad' LDL cholesterol and increase good' HDL cholesterol. Its ability to do so has been demonstrated in numerous studies: niacin is the only nutrient to produce a 30% or more increase in HDL, a significant improvement in a key marker of cardiovascular health.

Such is the effectiveness of niacin in controlling cholesterol levels, reducing levels of lipoprotein (a) and controlling dyslipidaemia that it has long been used in conventional medicine, despite its extraordinary, if harmless, side-effects (the famous niacin flush', the result of peripheral vasodilation which makes the skin go red a few minutes after taking it). Niacin subsequently gave way to drugs such as statins, which though not totally problem-free when used long-term, had a side-effect profile that was perhaps more commercially-acceptable.

As well as supplementing with Inositol Hexanicotinate, you may find these other nutritional supplements of interest too.

Discover the properties of Red Yeast Rice Extract, an effective option for combatting ‘bad' cholesterol and hypercholesterolaemia as well as improving circulation and digestion.

See also Policosanol, which may increase the breakdown of bad cholesterol and also help to inhibit cholesterol production in the liver.

Composition
Each vegetarian capsule contains 500 mg inositol hexanicotinate.
Directions for use
Take between one and three capsules a day after a meal, or up to six a day if advised by your therapist.