Natural formulation rich in niacinamide and ginkgo, which helps to maintain hearing 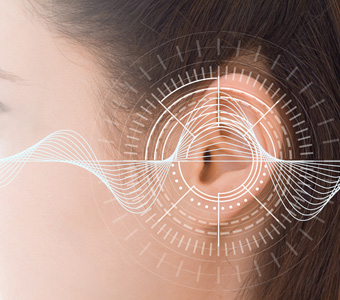 Optihear is a natural supplement that contains vitamins, minerals and plant extracts. It has been developed to respond to the increase in presbycusis (age-related hearing loss, in which there is a decline in the ability to hear and distinguish high-pitched sounds), and noise-related hearing loss.

Optihear has been developed in line with the latest scientific data. Its star ingredient is Ginkgo biloba, a plant traditionally used for normalising circulation, and which acts on hearing problems in two ways:

Thus, in a clinical trial, ginkgo biloba supplementation (240mg/day) was shown to restore auditory function in those with partial hearing loss (1).

What is age-related hearing loss?

Age-related hearing loss is the result of inevitable deterioration of the auditory system. Over time, the 30,000 hair cells in the inner ear (which detect sounds) permanently disappear or stop working. Like longsightedness, it develops after the age of 50 and affects the highest frequencies in particular, as this type of frequency is encoded by the most complex hair cells.

The best way of reducing its intensity is to combat the free radicals produced in the ear. Capable of altering the ear’s cells, these free radicals are generated by numerous factors such as smoking, excess weight, poor diet, most popular non-prescription medications (which are ototoxic), and above all, noise, whether chronic or occasional. A number of studies have shown that excessive noise causes mechanical and irreversible damage to the cochlea throughout life. If the noise is loud enough, the free radicals will cause the death of many cells, producing a vasoconstrictive reaction (narrowing of the blood vessels) in the ear, which generates even more free radicals (2-4), as happens with a heart attack. After several decades, the accumulation of cell deaths manifests in incapacitating hearing loss, though it’s really after the age of 50 that things start to accelerate.

What natural ways are there of combatting this process?

To counter this process, the body uses antioxidants. While it is able to produce them itself, the diet also provides antioxidants, both in dietary compounds that facilitate endogenous production, as well as ready-formed exogenous antioxidants (such as glutathione).

OptiHear has been developed as a natural weapon against this process. With its carefully-selected ingredients, it helps to:

What are the symptoms of age-related hearing loss?

Presbycusis has a number of symptoms. If you have already experienced any of those listed below, it’s time to take action:

If you don’t have any of these symptoms but are aged over 60, there is still time to think about prevention.

How should Optihear be taken?

Alongside supplementation, it’s also a good idea to:

Note: in the case of even minor hearing loss or problems, see an ENT specialist without delay to have a hearing test and implement any recommendations they make.

Composition
Directions for use
Adults. Take one or two vegetarian capsules with meals, three times a day.