Price summary
Total price of the offer
107.00 €
Add to basket 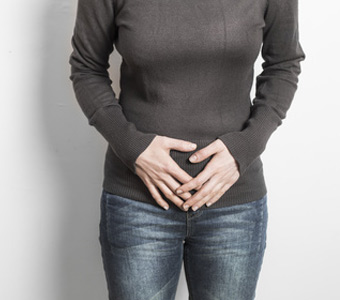 U Tract Forte is an exceptional supplement, designed to provide natural relief from urinary discomfort. It contains, in particular, a patented cranberry extract (the highly-regarded CranMax®), standardised to 7.2% proanthocyanidins (condensed tannins), as well as dandelion, hibiscus and orthosiphon, traditional ingredients validated by numerous studies.

What is in the supplement U Tract Forte?

First and foremost, U Tract Forte contains cranberry, a small red berry traditionally used by native Americans for a variety of health issues. Nowadays, it is used all over the world and its antibacterial properties have been the subject of extensive scientific study: some of its components, such as proanthocyanidins, are thought to prevent pathogenic bacteria from adhering to the walls of the urinary tract and multiplying there (1-2).

To offer the maximum benefit from this natural ingredient, we have chosen a patented extract, standardised to 7.2% A-type proanthocyanidins (the most effective), which is made using Bio-Shield® technology to protect the phytonutrients until they arrive in the lower GI tract (situated below the large intestine), where they will be absorbed better. Using this patented extract means our supplement is able to deliver as much natural benefit as possible from the cranberries.

In addition, we have selected other natural, beneficial compounds to boost cranberry’s effects:

Who is this supplement aimed at?

U Tract Forte is for anyone prone to, or at risk of, urinary problems:

Why do we get urine infections?

A urinary tract infection (UTI) or cystitis, is an infection that affects the bladder. It usually occurs when Escherichia coli bacteria, naturally present in the large intestine, find their way into the urethra. It can get worse if the bacteria reach the kidneys or renal pelvis, in which case it is referred to as pyelonephritis, or an ‘upper UTI’. It can have serious consequences, such as kidney damage or septicaemia, and requires urgent medical attention.

In women, the the anus and the urinary tract are closer together than they are in men. It’s therefore easier for bacteria to pass from one orifice to the other, hence the greater incidence of UTIs among women.

How should U Tract Forte be taken?

We recommend taking 2-4 tablets a day, either before meals, or at least two hours after.

To maximise the effects, it’s also a good idea to:

Note: U Tract Forte is not recommended for the following people:

Composition
Directions for use
Adults. Take 2-4 tablets a day, or as advised by your therapist.
Warning : do not take if allergic to pineapples.

Subscribe to our newsletter
and obtain a 5% permanent discount
Our selection of articles
Vaginal probiotics: which one should you choose to protect your intimate flora?

Are you looking for the best possible probiotic for maintaining healthy vaginal flora? Find out how to care for this particular microbiome which, though less well-known, is nonetheless crucial for good female intimate health