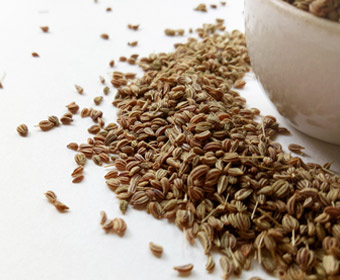 Celery3nb™, or celery seed extract, is a new plant extract in vegetarian capsules, traditionally recognised for its hypotensive and purifying properties. It has just been patented, standardised to more than 40% total phthalides (butylphthalides and sedanenolides) and is now available to buy at Supersmart.

This new product has powerful, scientifically supported hypotensive characteristics, and most importantly, no toxicity. Scientists have named it ‘3nb’ (3-n-butylphthalide) - the compound also responsible for the characteristic smell and taste of celery which, along with carrots, parsley and fennel, is a member of the umbelliferous family.

What are the benefits associated with Celery3nd™?

In animal research, Celery 3nb™ has shown promise as an anti-cancer phytonutrient, but its most significant other effect is an analgesic one, providing relief for joint pain (arthritis, rheumatoid arthritis, fibromyalgia) and gout, possibly due to decreased production of toxic uric acid by obstruction of xanthine oxidase.

Trials have also broadly shown it to be as effective for muscle pain as conventional NSAIDs, and with no unwelcome side-effects. In a recent clinical study of 70 patients, it produced clinically- and statistically significant reductions in pain intensity and improvements in mobility and quality of life after just three weeks’ administration, with no side-effects.

While researchers do not yet know its specific mechanism of action, it seems celery seed extract may rebalance the prostaglandin system, unlike aspirin and Cox-2 inhibitors which block prostaglandin production by acting on specific enzymes. Other effects of Celery 3nb™ include:

For optimal efficacy in controlling high blood pressure and relieving joint pain and gout, the recommended dose is two capsules a day. It has a dual-action, functioning both as a diuretic and vasodilator through production of prostaglandins, a little like the calcium channel blockers which counteract hardening of the arteries and cholesterol deposits on vessel walls, and thus prevent potentially serious consequences for blood supply to the brain.

Animal studies suggest that celery seed extract may prevent strokes, improve cerebral circulation and protect the brain in a similar way to Ginkgo biloba. This clear hypotensive effect is primarily linked to its diuretic action. Most conventional diuretics actually alter the sodium/potassium ratio and as a result, dangerous side-effects can occur when potassium or sodium in the blood reaches unacceptable levels. In contrast, despite being a diuretic, Celery 3nb™ has no such effect on this ratio.

How can Celery3nd™ help with hypertension?

Hypertension is one of those conditions which often presents a real challenge to conventional medicine. It is frequently classified as ‘essential hypertension’ – a range of symptoms with no known cause or cure, but which it is vital to control. To this end, doctors prescribe lifelong medication with varying levels of activity, some of which can be toxic. If neglected, this stealth disease or ‘silent killer’, can cause devastating effects that lead to serious metabolic disorders such as acute pulmonary oedema, heart rate problems (arrhythmia), cerebral problems, cerebral atherosclerosis and stroke and compromised renal function.

The conventional treatments prescribed come from different pharmaceutical classes and are many and varied: beta-blockers, calcium channel blockers, diuretics, angiotensin-converting-enzyme inhibitors (ACE inhibitors), angiotensin II antagonists, anti-hypertension combinations … Since hypertension is specific to each individual, doctors often have to modify prescriptions and treatments - what works for one patient may not work for another.

Substances that help control high blood pressure can be found in a number of natural medicines, particularly from the field of phytotherapy: garlic and onion extracts (quercetin), olive leaf extract, as well as potassium and L-arginine … although here again, it can be difficult to find the most effective alternative as each case will be different. In research conducted at Chicago Medical Center, 3nb was identified as the component responsible for celery’s blood pressure-lowering effects. Blood pressure measuring approximately 160 over 100 was lowered to 120 over 80 in just one week. Animal studies have generally reported decreases in blood pressure of around 14%, as well as approximately 7% lower cholesterol levels, another risk factor for cardiovascular disease.

Subscribe to our newsletter
and obtain a 5% permanent discount
Our selection of articles
Heavy legs: 7 natural and effective remedies

If your day-to-day activities are constrained by the discomfort of heavy legs, here are some simple, natural tips that can help you rediscover the feeling that you’re ‘walking on air’!

What are the main plant and animal sources of omega-3 ?

Omega-3 are polyunsaturated fatty acids essential for health. They are primarily provided by the diet. Discover which foods have the highest omega-3 content and how you can obtain maximum benefit from them.

Do you suffer from hypertension but want to avoid taking long term medication? Did you know you can lower your blood pressure by changing your dietary habits? That’s what DASH is all about. Read on for analysis and sample menus.