Essential minerals at effective doses and in the most bioavailable forms 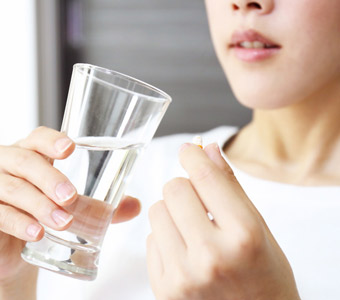 Multimineral Complex is a supplement containing minerals in their most bioavailable forms and at the optimal doses demonstrated in the latest scientific data. It also contains two forms of magnesium which reduce fatigue, zinc which supports normal immune system function, and ingredients which enhance their absorption such as Bioperine®.

What do minerals do in the body?

Minerals are micronutrients from rocks which play fundamental roles in the body: they control cardiac activity, regulate the circulation, maintain tissues like the skin and nails, support brain function ... The roles vary depending on the type of mineral.

In theory, all the minerals we need are present in our diet, but in reality, deficiencies are increasingly common due to the rise in consumption of junk food. A lack of minerals usually results in deficiencies in other micronutrients such as vitamins. Iron, for example, promotes the absorption of vitamin B12, and phosphorus improves the bioavailability of vitamin B6, two vitamins in which deficiencies are common.

What is in Multimineral Complex?

At the same time, it contains elements that support the optimal absorption of all these substances:

The latest scientific findings on minerals

The scientific community is very interested in the benefits of minerals and their precise role in the body. Here are five recent discoveries on the subject.

How should our supplement be taken?

We recommend taking one capsule three times a day or as advised by your therapist.

If you need advice on vitamin or mineral supplements, we recommend this video by Hélène Tinguely, our consultant nutritionist: Why take a multivitamin and how do you choose the right one?

Depending on your needs, you may also be interested in the famous supplement Daily 3, which contains numerous vitamins and phytonutrients as well as minerals, or the supplement Daily Booster, a concentrate of micronutrients that is the perfect complement to MultiMineral Complex.

Alongside supplementation, it’s also important to eat a more balanced diet: mineral supplements should complement, rather than replace, the minerals provided by your diet.

Composition
Directions for use
Take one capsule three times a day, or as advised by your therapist.