3 reviews
Customer reviews
39.00 €(41.07 US$) in stock
Description
Natural E 400 is often highlighted for its anti-ageing effects.
Certificate of Analysis 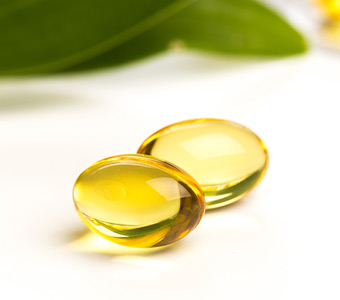 Our dietary supplement Natural E has been developed to provide a natural, active form of vitamin E. Essential for good health, this fat-soluble molecule offers many health benefits, including significant antioxidant potency.

What is Vitamin E?

Discovered in the 20th century, vitamin E was not initially considered a vitamin; to begin with, it was termed 'Factor X' because of its role in reproduction. Scientific understanding of this molecule's properties subsequently improved and it was accorded vitamin status. This means the body needs it in order to function properly. Vitamin E is involved in several vital functions, but is best-known for its considerable antioxidant power, as a result of which it offers beneficial effects for protecting various elements of the body including:

Vitamin E exists in Nature in various forms. It has eight distinct molecules identified, four of which are tocotrienols and four tocopherols. Alpha tocopherol is the most biologically active of these forms; it is preferentially absorbed and accumulated by the body. However, this natural form is not the most abundant in the human diet which is why supplementation with alpha-tocopherol may be of benefit in helping the body function optimally.

Although vitamin E is present in foods such as vegetable oils and nuts, intake can sometimes be inadequate. Poor dietary habits may result in a lack of vitamin E, in which case supplementation may be necessary to restore normal levels in the body. Meeting daily requirements for vitamin E is all the more important since a lack of this vitamin can lead to certain metabolic dysfunctions. The first signs of deficiency are usually a burning sensation and pain in the hands and feet. Without proper diagnosis and suitable treatment, vitamin E deficiency can lead to more serious problems such as disorders of the immune system, retina and neuromuscular system.

What are the benefits associated with Vitamin E?

In addition to preventing or correcting deficiency, vitamin E supplementation may have a number of therapeutic applications. Research is ongoing to improve our understanding of vitamin E and evaluate the extent of its potential:

A high-quality dietary supplement, Natural E has been developed from a natural, active form of vitamin E: d-alpha tocopherol. Studied extensively, this form has proven bioavailability and efficacy in the body. To offer maximum benefits, this natural vitamin is encapsulated in softgels, each softgel containing 400 IU. This means the recommended dose is one to three softgel a day, to be taken at mealtimes, though this dose can be adapted to your needs and the advice of your therapist.

To provide other useful forms of vitamin E in optimal quantities, we recommend that you also take one softgel a day of Annato Tocotrienols.

Composition
Each softgel provides 400 International Units of natural-source vitamin E.
Directions for use
Take one to three softgels a day with meals.

Subscribe to our newsletter
and obtain a 5% permanent discount
Our selection of articles
Which supplements should vegetarians and vegans take?

Vegetarians and vegans are at risk of certain nutritional deficiencies. Discover which nutrients they could easily be missing out on and the key supplements they should be taking.

Which is the best magnesium supplement?

Magnesium is an excellent anti-fatigue mineral, also good for the muscles, bones and mood. But which form of magnesium should you choose (orotate, oxide, citrate …) for maximum efficacy?

Is organic food really better for your health?

Organic farming is better for the environment, but is it also better for your health? Exposure to pesticides, nutritional quality, etc.: we give you the lowdown on eating organic.