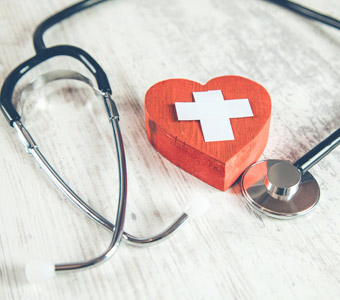 Ubiquinol™ is the reduced form of coenzyme Q10, also known as CoQ10, ubiquinone or simply Q10. Coenzyme Q10 is recognised as a powerful antioxidant and is used in the formulation of many anti-ageing creams. Extensively studied, it has also demonstrated protective benefits for certain of the body’s vital organs, and for the prevention of some diseases. As a consequence, CoQ10 is also available as a dietary supplement from the Supersmart catalogue. While coenzyme Q10 may be more widely-known than ubiquinol, the latter also offers important benefits for protecting the body and thus delaying the ageing process. Scientific studies suggest too that ubiquinol may be more absorbable, stable and resistant to oxidation than coenzyme Q10.

What are the health benefits associated with Ubiquinol™?

Like coenzyme Q10, ubiquinol has been widely studied for its therapeutic potential. Research shows that ubiquinol shares many of CoQ10’s properties and is thus often regarded as a key nutrient for health, helping to protect vital organs such as the heart and brain. It may also have a protective effect on red blood cells which are responsible for transporting oxygen round the body. While we do not yet fully understand how ubiquinol works, it is thought to act via a number of mechanisms of action:

What do studies say about Ubiquinol™?

In a general sense, ubiquinol appears to have a positive effect on how the body and its cells function. Given its protective effects, scientists have investigated ubiquinol’s therapeutic potential.

Further studies are underway to expand our understanding of ubiquinol’s therapeutic properties. Based on this scientific research, our product provides an optimal intake of ubiquinol, in the form of 100mg vegetarian capsules, with a suggested dose of one to two capsules a day. To boost its protective effects, ubiquinol can be combined with other powerful antioxidants such as butylhydroxytoluene (BHT) . You can also capitalise on the benefits of glutathione, one of the body’s key antioxidants. There are enzymes too with antioxidant properties such as superoxide dismutase (SOD), available in a stable form in the patented supplement GliSODin®.

Composition
Directions for use
Adults. Take one or two softgels a day with a meal containing fat (butter or cheese) but avoid consuming fibre at the same time.
Each softgel contains 100 mg ubiquinol. Warning : contains soy lecithin.
Trustpilot