Price summary
Total price of the offer
110.00 €
Add to basket 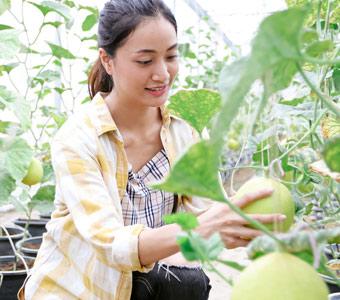 SOD-Gliadins Complex is a supplement containing superoxide dismutase (SOD), an antioxidant enzyme produced by the body. To ensure its oral bioavailability, it is delivered in a highly-innovative and patented form which uses gliadin, a protein extracted from wheat. A 100% French supplement, it has been developed by Isocell Laboratories and is made from SOD extracted from melons grown in Provence.

What is superoxide dismutase (SOD)?

The complex mechanism of cellular respiration is crucial to life: it’s the process by which food is broken down in the presence of oxygen and converted into energy. It is, however, imperfect. Around 5% of the oxygen escapes and is converted into elements called reactive oxygen species (ROS) which are damaging to health (1).

An inevitable and inherent part of life, these harmful compounds cause irreversible damage to molecules such as DNA, carbohydrates, lipids, proteins, etc. Fortunately, the body is equipped with protection in the form of the antioxidant system. In simple terms, the body produces endogenous antioxidant enzymes responsible for neutralising ROS, such as superoxide dismutase, catalase and glutathione peroxidase, all three of which are present in cytoplasm, the extracellular milieu and mitochondria. It also relies on exogenous antioxidants from food, such as beta-carotene (provitamin A), ascorbic acid (vitamin C), tocopherols (vitamin E), lycopene and polyphenols.

In theory, these ‘defence’ molecules reduce or prevent oxidation of other substances in the body. In practice, however, a slight imbalance gradually develops in favour of the oxidants (2). A clear imbalance is referred to as oxidative stress. It occurs when ROS are generated faster than the body can neutralise them.

An imbalance such as this can have a number of causes (3) :

This imbalance leads to the accumulation of irreversible oxidative damage which is partly responsible for ageing (4).

What makes the supplement SOD-Gliadins Complex so exceptional?

While SOD is a remarkable endogenous antioxidant, it is unfortunately too fragile for its benefits to be delivered in the form of a supplement. It is inactivated in the digestive tract and is thus unable to provide any protection against oxidative stress when it comes from an exogenous source.

However, this French laboratory has succeeded in developing an exceptional complex which prevents orally-administered SOD from being inactivated in the digestive tract. They first extract SOD from melon, and then use an innovative galenic formulation based on gliadin, a wheat protein extract. This polymer protein protects the SOD in the digestive tract before gradually releasing it in the small intestine and facilitating its passage across the intestinal mucosa to the bloodstream. Its oral bioavailability has been confirmed by several animal studies and one human one (involving 20 healthy volunteers).

How should SOD-Gliadins Complex be taken?

We recommend taking one to two capsules a day, ideally in the morning on an empty stomach.

We also recommend adopting the following measures alongside this supplementation:

Composition
Directions for use
Take one or two vegetarian capsules a day, preferable in the morning on empty stomach, as required, or as advised by your therapist.
Attention: This product contains wheat proteins and should therefore not be used by those who are gluten-intolerant.