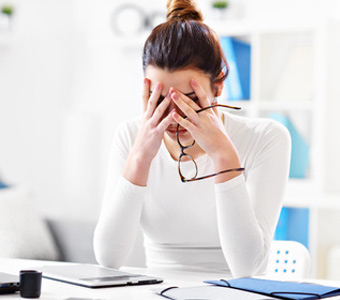 Gamma-amino-butyric acid, or GABA, is an essential molecule found naturally in the body. It is the main inhibitory neurotransmitter which means it plays an essential role in regulating neuron activity. In particular, it helps reduce the excitation of nerve cells and prevent prolonged excitation. Alongside its essential role in neuron function, GABA supplement is also involved in promoting the development of certain neurons.

What health benefits are associated with GABA?

With its relaxing effect, GABA is an important source of natural stress relief. An increasing feature of modern society, stress describes the collection of responses made by the body to external pressures. There are many stress factors which can be perceived very differently from one individual to another. Though it can be positive, stress can also have negative consequences including agitation, irritation, worry, low mood, and muscle tension as well as digestive and breathing problems. Excessive stress levels lead to a state of anxiety which manifests in fear and worry. If this anxiety is not addressed, it can result in certain health problems such as depression or alcoholism. It is therefore vital to tackle these effects as soon as the first symptoms appear.

Why is GABA supplementation important?

While some situations require neurons to be in an excitatory state, it is essential to be able to control this and restrict it to short periods. Excitation of neurons results in numerous effects in the body including raised blood pressure. Generally speaking, significant neuron activity can manifest in anxiety or stress.

In the brain, this is managed by maintaining a precise balance between inhibitory neurotransmitters such as GABA and those with an excitatory function, such as the amino acid glutamate; the effects of the latter need to be counterbalanced by those of GABA. In some people, however, there is an imbalance between GABA and glutamate which causes dysfunction in the body. It could, for example, be a factor in epileptic seizures or cerebral ischaemia – insufficient supply of oxygen to the brain.

To combat the effects of stress and anxiety, is therefore important to maintain adequate GABA levels. Though it is naturally produced from glutamate in the body, levels of glutamate decline with age, and so too do those of GABA. Our GABA supplement is available to buy in our online catalogue, specially formulated with 750mg of GABA per tablet, providing an optimal intake of this neurotransmitter. It contains an easy-to-take GABA dosage of one capsule a day, to be taken outside of mealtimes. To help maintain general well-being, you may also be interested in the benefits of neurotransmitter precursors such as N-acetyl L-tyrosine and 5-hydroxytryptophan (5-HTP), amino acid derivatives. You can find out more in our blog article: The neurotransmitter GABA: a natural stress-buster. 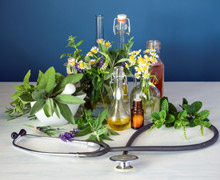 Muscle Relaxing Formula is a combination of plant extracts and micronutrients designed to provide immediate and long-lasting relief from muscle pain and discomfort. It’s a 100% natural formulation delivered in vegetarian capsules,containing organically grown plant extracts recognised for their efficacy against pain, now available to buy at Supersmart.

Who is Muscle Relaxing Formula aimed at?

This innovative formulation is for anyone affected by any of the following: 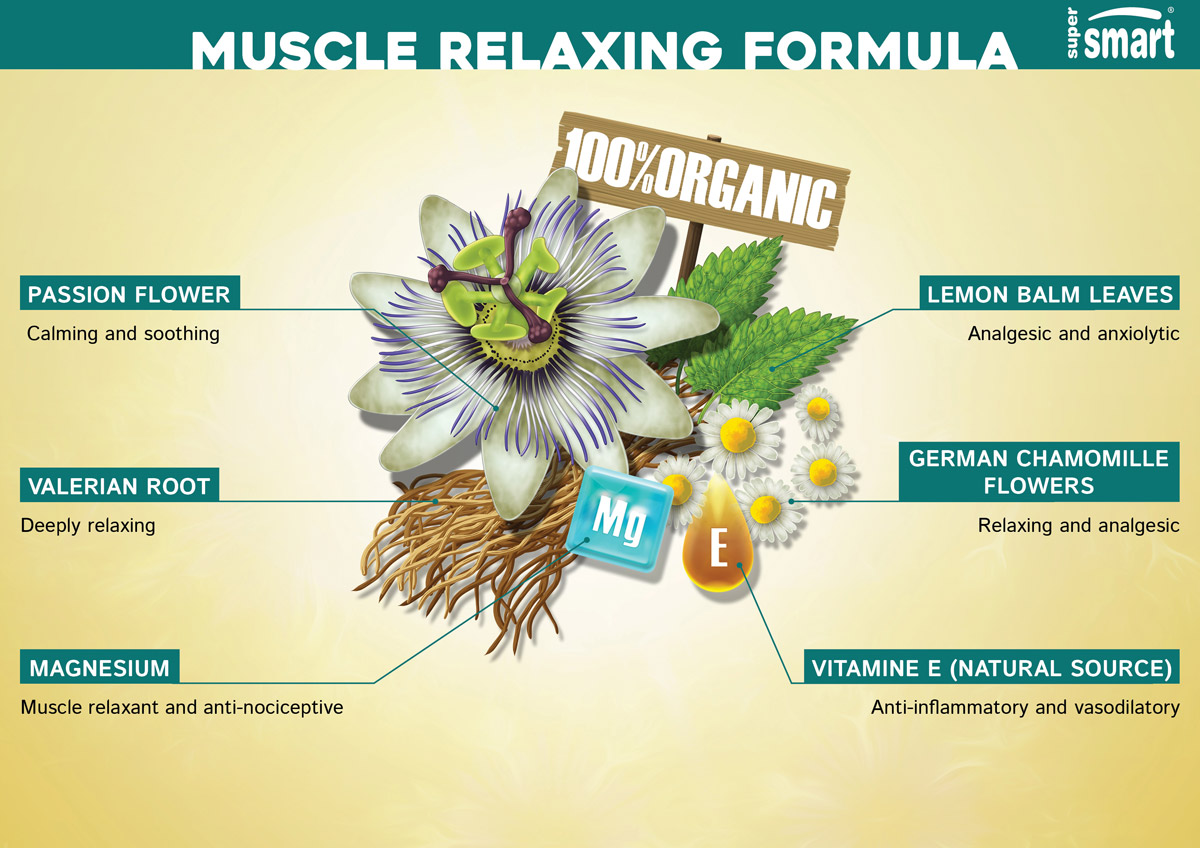 Muscle Relaxing Formula combines the four plant extracts most widely-studied in relation to muscle pain – and in their best form.

Lemon balm is a medicinal herb traditionally used for over 2000 years to calm the nerves and ease pain. Recent clinical trials have confirmed the anxiolytic effects of lemon balm extract (1-3) as well as its ability to reduce sensitivity to pain via modulation of certain receptors in the central nervous system (4-6). Studies have demonstrated its analgesic properties (7-8) and associated decrease in sensitivity to external stimuli (nociception).

These properties are linked to the presence of terpenes in its essential oil as well as to its high content of phenolic compounds (rosmarinic acid, caffeic acid), citral, flavonoids (luteolin) and tannins (9).

Attention: many unscrupulous manufacturers replace the costly lemon balm extract with related species that smell strongly of lemon such as citronella or lemongrass.

The aerial parts of passionflower.

Passionflower contains several substances that act as pain-relievers: indole alkaloids, flavonoids, terpenes and glucosides (10), although more than 294 volatile compounds have been identified.

The majority of pharmacological studies conducted on passionflower have demonstrated its effects on the central nervous system, particularly anxiolytic and sedative properties (11). Commission E (a European scientific advisory board) and ESCOP (the European Scientific Cooperative on Phytotherapy) also officially recognise the use of passionflower to reduce nervousness, and relieve muscle spasms and nerve pain.

The flowers of German camomile

Known for its relaxing properties, camomile has a number of anti-inflammatory and analgesic ingredients such as chamazulene, apigenin, flavonoids and alpha bisabolol. It has produced good results when administered to people suffering from various types of pain (12).

Attention: German camomile (Matricaria recutita), the flowers of which are the most beneficial parts, should not be confused with feverfew (Tanacetum parthenium), the leaves of which are used to reduce the intensity of headaches and migraines.

Traditionally used by Native Americans for treating muscle injuries, valerian root is still in demand today. It contains more than 150 chemical compounds, including valerenic acid and valtrates which explain its effect on certain chemical messengers in the brain and its relaxing benefits (13).

Attention: the most abundant form in the body is alpha-tocopherol. As the synthetic form of this molecule is much less well-absorbed, it’s important to choose supplements such as Muscle Relaxing Formula which contain the natural form (14).

Magnesium (in its most soluble and absorbable form).

Magnesium plays a role in nerve transmission and helps muscles relax after contracting. As well as this muscle-relaxant effect, it also participates in pain relief: by disrupting NMDA receptors, it impedes the entry of calcium ions into cells, producing an anti-nociceptive effect.

This effect is associated with decreased sensitivity to pain stimuli triggered by injuries or insult to tissues. Magnesium thus offers significant potential for reducing hypersensitivity to actual and phantom pain.(15-16).

Attention: The less absorbable a magnesium salt is, the less beneficial it will be for the body and the greater its laxative effect. It’s therefore essential to choose the best forms: magnesium citrate and magnesium chloride. It’s also important to control your magnesium intake from food if you are taking it in dietary supplement form.

To maximise this formulation’s efficacy, you can also follow these steps throughout the supplementation period:

1) Make sure you stay well-hydrated by drinking at least two litres of water a day, a little at a time. Good hydration promotes healthy circulation in muscle fibres.

2) Set aside time every day to relax (meditation, visualisation, listening to relaxing music, contemplation without stimuli, etc.) and ensure you get a good night’s sleep overwork and lack of sleep exacerbate pain.

4) Prioritise anti-inflammatory foods, particularly those rich in omega-3 fatty acids (fats that are able to reduce pain) as well as fresh fruits and vegetables, all rich in antioxidants. You can combine Muscle Relaxing Formula with a daily dose of Super DHA, a natural formulation rich in omega-3 which provides a much higher intake than can be obtained from everyday diets.

Note: This product should not be used as a substitute for a varied, balanced diet and a healthy lifestyle. It’s important to follow the guidelines on how to take it and the recommended dose, and to use it by the ‘best before’ date. Not recommended for women who are pregnant or breastfeeding, or for those with liver problems. This product may interfere with coagulants or blood pressure medication. Please consult a health professional before using if you are taking other medication or have any health problems. Do not take before driving or operating machinery. Keep out of children’s reach. Store in a cool, dry place.

Suffering from insomnia? Don’t panic: our easy-to-follow advice will help you fall asleep quickly and ensure you benefit from restorative sleep

Are you having trouble sleeping? Is it a recurring problem? Melatonin can probably help …

One in five people have trouble sleeping. One in nine regularly take sleeping pills. If you too, feel abandoned by the god of dreams, then why not follow our action tips for achieving a good night’s sleep - the natural, drug-free way.