10 reviews
Customer reviews
95.00 €(102.86 US$) in stock
Description
Fisetin is the most powerful and natural senolytic for eliminating senescent cells and reactivating autophagy.
Certificate of Analysis

Price summary
Total price of the offer
257.00 €
Add to basket 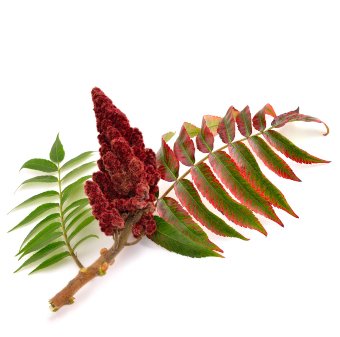 Fisetin 500 mg is the most powerful senolytic supplement on the market, now available to buy at Supersmart. It is part of the large family of natural antioxidant polyphenols, which includes quercetin, kaempferol and myricetin.

It’s designed to eliminate senescent cells scattered throughout the body –‘rogue’ cells that have stopped contributing to essential functions but nonetheless remain in the milieu and induce nearby healthy cells to ‘join in the dysfunction’. Important scientific studies have shown that these senescent cells are directly linked to ageing and decline. As we age, their numbers increase.

Fisetin also helps to activate autophagy, the body’s mechanism for eliminating toxic elements that accumulate in cells. It was discovered by Professor Yoshinori Ohsumi, a finding for which he was awarded the Nobel prize for medicine in October 2016.

What exactly is fisetin?

Fisetin is a polyphenol found in fruits such as strawberries (160 mg/kg), apples (27mg/kg) and persimmon (10 mg/kg), as well as in some medicinal plants. It is described as having multiple biological benefits including inhibition of cell proliferation (1), neuroprotection (2), bone protection and suppression of inflammation (3). But its two most extraordinary properties are its ability to both destroy senescent cells that pervade the body, and activate the mechanism of autophagy which enables cells to ‘devour’ their own waste products (4). Several studies have shown it helps extend longevity and reduce markers of senescence in humans.

Its hydrophobic nature means it easily penetrates cells via the cell membrane (5). It then encourages the self-destruction of abnormal cells (such as senescent cells) by activating various characteristic proteins. One of its main advantages over other senolytics is its ability to reduce the proportion of senescent immune cells (T lymphocytes and NK cells). Since immune cells are themselves important for cleaning out senescent cells, this makes fisetin even more effective (6).

An important study highlighted its senolytic properties and impact on longevity: Fisetin is a senotherapeutic that extends health and lifespan.

It also helps cells to get rid of their toxic debris by ‘eating’ it. This is the above-mentioned ‘autophagy’ process. When this mechanism becomes disrupted (as a result of mutations, for example), it can lead to chronic diseases such as cancer and neurological diseases.

What are Fisetin 500mg’s mechanisms of action?

Fisetin is a rare product which acts on three key processes associated with ageing: the increase in senescent cells, inactivation of the autophagy process, and the decline in neural communication.

In what way do senescent cells damage the body? How does senotherapy work?

In 2014, there was a major scientific advance in the fight against ageing. Researchers identified totally depleted cells in the tissues of individuals aged over 40. Spread throughout the body’s tissues, these so-called ‘senescent’ cells are defective, unable to fulfil their function. Although they no longer work properly, they are not eliminated from the body and thus accumulate pathologically in the milieu (7). Uncommon in young people, they increase with age, particularly in adipose tissue, skeletal muscle, blood vessels, the brain, the kidneys and skin (8).

Unfortunately, these senescent cells are not content to simply ‘stay put’: they also impede the activity of neighbouring healthy cells by continually releasing pro-inflammatory substances (IL-1, IL-6 and IL-8), vesicles and insoluble proteins (fibronectin, collagen) in the extracellular milieu (9-11). These substances signal to other cells the advanced state of deterioration they’re in, but they also affect the function of nearby healthy cells (12)! Over the last three years, numerous studies have shown that the number of senescent cells in the body is directly linked to both the pace of the ageing process (13) and the development of age-related diseases. Even a low level of senescent cells is enough to wreak havoc in tissues (14) and trigger a number of age-related health problems: systemic inflammation, arthritis, atherosclerosis, chronic diseases (15), sarcopenia, cataracts, insulin resistance, vascular hyporeactivity (16)...

The only solution: drive out these senescent cells

Normally, when stimulated by the appropriate trigger, cells self-destruct to avoid damaging the body (this is called ‘apoptosis’ or programmed cell death), but in the case of senescent cells, this mechanism doesn’t work. They are thus left to ‘parasitize’ the body and cause chaos all around them (17). Fortunately, scientists have identified several compounds that are specifically able to repair this defective mechanism, thus reinstating appropriate self-destruction. These extraordinary substances are called ‘senolytics’ and fisetin is the most powerful of them: it enables the selective destruction of senescent cells in order to limit the severity of age-related diseases, increase resilience and longevity, and delay the effects of ageing. It essentially provides complete ‘clean-out’ benefits thus allowing healthy cells to wrest back control and restore full function to the body.

A young, healthy cell is able to ‘digest’ part of its contents (proteins, cell debris, microorganisms …) if it impairs its function. This voluntary breakdown is called ‘autophagy’. It’s both a cleaning and recycling process. “This process is very important because if the cell is unable to self-clean, debris will accumulate”,, explains Isabelle Vergne, a scientist at the French National Centre for Scientific Research (CNRS) who studies autophagy. “If this process is unregulated, it can lead to a number of diseases”, she adds. And according to Professor Ionnis Nezis of Warwick University in the UK, researchers are trying to “understand why this process declines with age and to find innovative ways of activating it in order to maintain our cells in a healthy state for longer and to be able to live a better, longer life.”

Professor Ohsumi, recipient of the Nobel prize for medicine in 2016, succeeded in identifying the genes necessary for this, and he showed that in certain age-related disorders such as diabetes, atherosclerosis and neurodegenerative diseases, it’s necessary to stimulate or even reactivate the autophagy process to help cells get rid of the protein aggregates that accumulate in them. Fisetin is one of the substances that can stimulate autophagy.

Numerous studies have shown that fisetin helps improve memory and concentration, protects neurons and promotes their growth. Able to cross the blood-brain barrier, it encourages neural communication in the hippocampus, an area of the brain associated with long-term memory (18-19). It strengthens cohesion between various factors of neural protection and helps maintain ATP energy levels in neurons.

Invaluable bone-strengthening for those aged 50+

Scientists are investigating fisetin’s potential for combatting osteoporosis, a problem that affects more than 3 million women in the UK. This bone disorder significantly increases the risk of fractures and impairs the quality of life of those affected. Since conventional treatments often have adverse side-effects, there is considerable research into natural alternatives.

Fisetin acts on bone remodelling, the result of activity by osteoblasts – bone-forming cells – and that of osteoclasts – bone-resorbing cells. In osteoporosis, an imbalance between the activity of these two types of cell gradually leads to an inadequate level of bone mineral density and changes in the micro-architecture of the bones. What’s interesting about fisetin is its ability to recalibrate bone remodelling via a two-fold action (20-22): it stimulates the activity of the osteoblasts that form and shape bone tissue, and blocks differentiation and activity of the osteoclasts responsible for bone resorption.

How should Fisetin 500 mg be taken?

Fisetin 500 mg can either be used as a once a year, in a three-monthly treatment, or taken continuously, according to your needs. Tablets should be taken at mealtimes. Based on an animal study which produced extraordinary results, the dose selected was determined using the usual principle of dose conversion from animal to human (23). It constitutes a more powerful alternative to the already well-known formulation Senolytic Complex.

It should be noted that curcumin inhibits the glucuronoconjugation of fisetin and thus its bioavailability (by a factor of 30 according to some studies). DHA, however, acts in synergy with fisetin to reduce bone resorption. Bioflavonoids such as pycnogenol and quercetin are mutually reinforcing and it is therefore equally appropriate to combine them.

To support fisetin’s anti-ageing effects, it can also be combined with nicotinamide mononucleotide, the most direct precursor of the coenzyme nicotinamide adenine dinucleotide (decreased production of which contributes irreversibly to ageing and a decline in the body’s functions).

Attention: fisetin should not be taken alongside vitamin K antagonists, a widely prescribed class of anticoagulant drugs (24).

One of the rare and effective senolytica (with serrapeptase) A novel way to get rid of the senescent cells in your body and optimize energy en health. As an advid researcher on ncbi/pubmed and user of this wonderful youthful music for your body. Start the orchestra in de fountain of youth
Harold Goodman 2021-01-27

Plasminogen Activator
The best natural compounds for cardiovascular health and longevity
89.00 €(96.37 US$)

Super Quercetin
A pure source, optimal concentration and a wider range of properties
49.00 €(53.06 US$)