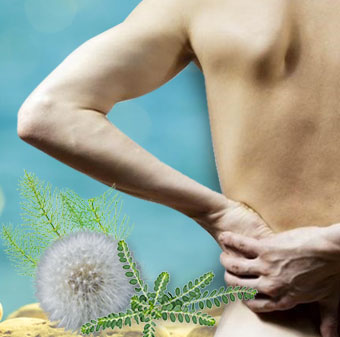 Who is Kidney Detox aimed at?

Kidney Detox is recommended for anyone who wants to optimise the function of their kidneys and the overall health of their urinary system. In particular, it’s aimed at people:

What exactly are kidney stones?

Kidney stones are solid crystals that form in the kidneys, varying in size from a few millimetres to several centimetres in diameter. The smallest of them pass unhindered through the various parts of the urinary system and are eliminated without causing any symptoms. However, the largest (accounting for 20% of them) can obstruct very small tubes such as the ureters, causing intense pain: this is called renal colic and it’s a relatively common problem. It’s estimated that over 10% of people will suffer an attack of renal colic at some point in their life. It’s more common after the age of 40, and affects men slightly more than women.

Kidney stones are formed by the crystallisation of mineral salts (in 80% of cases, calcium, or more specifically, calcium oxalate) and too high a concentration of acid in urine. Predisposing factors include not drinking enough water (leaving urine insufficiently diluted) and eating too much sugar or protein. However, the exact cause is often unknown. The risks to health associated with kidney stones are significant and medical supervision is therefore vital.

What is in Kidney Detox?

Kidney Detox offers a synergistic combination of the most scientifically-validated natural ingredients for supporting normal kidney function and preventing the formation of kidney stones.

Magnesium is invaluable in minimising the risk of kidney stones. It acts in two ways: it binds to calcium oxalate in the gut, reducing its absorption by the body, and it increases calcium’s solubility in urine, considerably slowing down the crystallisation process.

A double-blind clinical study has demonstrated magnesium’s efficacy in reducing the recurrence of kidney stones (1). Other research (2) has shown that poorly-absorbed forms of magnesium such as magnesium hydroxide produce less favourable results. That’s why we have chosen one of the most bioavailable forms – magnesium glycinate – for this formulation.

This water-soluble vitamin is essential for the body to function properly, especially for the metabolization of amino acids and proteins. One study has shown that a higher intake of vitamin B6 (from either the diet or supplements) clearly reduces the risk of kidney stones (11). This effect is related to the vitamin’s ability to reduce urinary excretion of calcium oxalates.

Vitamin B6 is present in the diet in several forms (pyridoxine, pyridoxal and pyridoxamine) but all are converted in the body into the active form, pyridoxal 5 phosphate. It is this optimally-bioavailable form that we’ve selected for this product.

Horsetail is without doubt one of the best natural diuretics available. It has been used to treat kidney stones and urinary problems by practitioners of Ayurvedic medicine, and by Western medicine from the 17th century onwards, as well as by several native American tribes.

Its purifying, detoxifying and diuretic properties are attributed to its high content of flavonoids and saponins (3). Some studies suggest it also helps to reduce inflammation of the urinary tract and flush out existing small kidney stones, primarily by increasing the pH and decreasing calcium oxalate precipitation. One clinical study showed that horsetail extract was able to increase urinary output and prevent kidney stones (4).

Note: it’s safer to use extracts than the actual plant as it contains an enzyme called thiaminase liable to reduce the body’s vitamin B1 levels. Kidney Detox is, of course, free from any thiaminase.

Dandelion’s medicinal virtues have been described for centuries in many of the world’s pharmacopoeia, including those of Arab, Native American, Indian and Western European populations. It’s primarily used to improve liver and kidney function and to prevent problems with water retention (5). It’s also recognised by ESCOP as a natural complement to treating any problem where increasing urinary elimination is desirable.

The mechanism responsible for dandelion’s diuretic effect has yet to be fully understood but it’s likely to be related to its high content in potassium, flavonoids and substances that encourage the growth of beneficial gut bacteria.

This fruit, the juice of which is known as the ‘aspirin of the Ancients’, has been used in Ayurvedic medicine for more than 2000 years. It contains numerous antioxidants which help reduce the risk of degenerative problems affecting kidney function and which stimulate the immune system. But it’s the fruit’s high levels of enzymes and potassium that make it a powerful renal detoxicant, able to dilate small blood vessels.

This Indian plant is renowned for its ability to cleanse the liver and kidneys. It’s known as the ’stonebreaker plant’ because it’s a natural and highly reliable aid to preventing and eliminating urinary stones. It makes the stones smooth and more brittle, and facilitates their passage through the urinary tract by means of a dilation process (6-9).

Phytic acid has had something of a bad press because it binds easily to minerals, but it is precisely this property that gives it the ability to reduce kidney stone formation (10). It’s a completely natural compound found in high concentrations in cereal grains, pulses, oil seeds and root vegetables such as sweet potatoes, Jerusalem artichokes and cassava.

Are there any contraindications for this product?

You should seek advice from a health professional before taking Kidney Detox if you are:

How should Kidney Detox be taken?

For maximum efficacy, the following steps can also be taken alongside supplementation with Kidney Detox:-

If you suffer from frequent urine infections, Kidney Detox can be combined with Complete Uricare. For reducing hypertension, a significant risk factor for kidney disease, opt instead for the natural formulation Tensix. Last but not least, for long-term reduction of blood sugar levels, try Berberine 500 mg, one of the best products in the Supersmart catalogue.

Composition
Directions for use
Adults. Take 2 capsules in the morning and 2 in the evening.
No reviews for this product yet