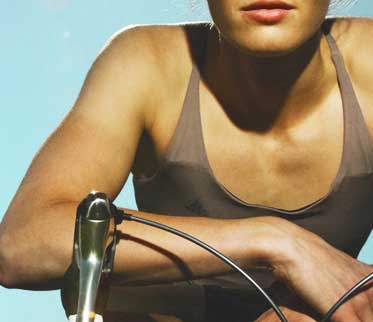 Ornithine Alpha Ketoglutarate (OKG) is a modulating dietary supplement combining ornithine with α-Ketoglutaric acid. Around a hundred in vitro and in vivo studies conducted over the last decade have brought a greater understanding of some of its mechanisms of action, at a metabolic crossroads involving the Krebs and urea cycles.

Ornithine alpha ketoglutarate (OKG) is a salt composed of one molecule of ketoglutarate and two of ornithine. It is a powerful nutritional modulator(1-4).

Multifactorial, its mechanisms of action are related to the normalisation of secretion of hormones such as growth hormone and to the properties of its metabolites:

What is growth hormone ?

Growth hormone, or somatotropin, is a polypeptide hormone synthesised by the body. It acts via effectors: IGF-1 and IGF-2 somatomedins, produced in the liver and chondrocytes in the growth plate.

It is secreted episodically, peaking during the hours of sleep (especially the first hours), during meals, with muscle exertion and with stress. It is at its highest during adolescence and then gradually declines throughout life until it becomes low in old age.

While its principal role is to provide cells with the energy they need for growth, it has various effects on:

Several situations can lead to a deficit in growth hormone:

Sarcopenia is defined as the age-related loss of muscle mass and function (5). There is a cumulative decline in muscle mass of almost 40% between the ages of 20 and 80 (6). This has an impact on physical performance, fostering problems with walking, and is a factor in fragility in the elderly (bone demineralisation, in particular) (7).

How should the supplement OKG be taken?

We recommend taking 3-10 tablets of OKG a day, in one or two doses, or as advised by your therapist.

You can also combine supplementation with ornithine alpha ketoglutarate with other supplements such as:

Each tablet contains 1 000 mg L-ornithine alpha-ketoglutarate 2:1.
Directions for use
Take from 3 to 10 tablets per day, in one or two doses according to your therapist advise.