7 reviews
Customer reviews
45.00 €(45.76 US$) in stock
Description
Robuvit® is a specific extract of French oak wood to help fight the symptoms of chronic fatigue syndrome.
Certificate of Analysis 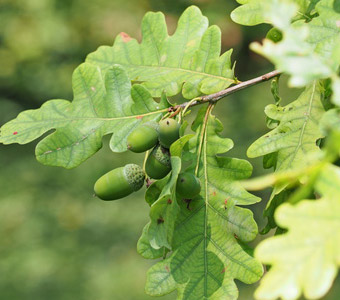 Robuvit® supplement is an oak wood extract standardised in roburins, delivered in vegetarian capsules and with potential benefits for chronic fatigue syndrome, now available to buy at Supersmart.

How is Robuvit® obtained?

The oak has historically been the most prized of all the trees. Robuvit® is obtained from French oak wood (Quercus robur) through a water extraction process. It contains a number of flavonoid compounds: gallic acid, ellagic acid, castalagin, vescalagin and in particular, roburins (A, B, C, D, E) which account for the unique and multi-beneficial properties of this particular wood.

What are the benefits associated with Robuvit®?

Robuvit® offers genuine hope for the millions of people suffering from CFS (Chronic Fatigue Syndrome). Possible mechanisms of action include functional changes in ribosomes, the small molecular entities located within cells which produce new proteins in the body.

Chronic fatigue is a multi-faceted condition which can affect anyone at any stage of life, regardless of age, sex or socioeconomic status. Symptoms range from poor quality sleep to lack of energy, exhaustion, muscle fatigue and various other problems for which there are as yet no treatment standards. Apart from supplementing with vitamins and mineral combinations, particularly magnesium and some amino acids, medicinal substances are often used to remedy the symptoms of chronic fatigue, but they can have side-effects and do not provide a real solution to the problem.

Oral toxicity studies show that taking Robuvit® is completely safe and is compatible with all other nutritional supplementation. No side-effects have been observed in clinical studies. The average dose is one 100mg Robuvit® vegetarian capsule, once or twice a day. In cases of long-standing chronic fatigue, usually associated with oxidative stress, treatment should be continued for three to six months.

What are the symptoms of chronic fatigue syndrome?

According to data recorded by 89 GPs on 1,428 consultations, the prevalence of fatigue is 25%. Fatigue is an important symptom because of its association with physical, psychological and social problems. Prevalence of chronic fatigue syndrome (CFS) is estimated to be 3.28%. It occurs more frequently between the ages of 40 and 59 and is four times more common in women than in men. Symptoms include:

Secondary symptoms include hypersensitivity to noise, abdominal pain, gastrointestinal discomfort, weight loss, dizziness and mood swings. Changes in ribosomal function have been observed in individuals infected with the Epstein-Barr virus, which is strongly associated with CFS. Support for ribosomal biogenesis and function may thus prove to be a completely new approach to managing CFS. Even for those without CFS, Robuvit® can be considered a new-wave supplement for maintaining cellular protein synthesis.

What do studies say about Robuvit®?

Improvements in fatigue and oxidative stress

In a clinical study of 80 CFS sufferers, 38 were given Robuvit® for six months, with the remaining 42 serving as controls. Participants were evaluated using the Multidimensional Assessment of Fatigue (MAF) questionnaire developed by the University of Washington. Results clearly showed improvements in fatigue and oxidative stress in those taking Robuvit®.

A human study involving 91 subjects, published in the journal Panminerva Medica in March 2014, had previously identified all Robuvit®'s properties. In this six-month study, 48 subjects were given 200mg of Robuvit® a day, with 43 serving as controls. Specific CFS questionnaires, as well as the Brief Mood Introspection Scale (BMIS), were used to assess mood variations in CFS patients. Participants had to have at least five CFS symptoms to be included in the study. Researchers also measured oxidative stress and found increased levels in 61 of the 91 subjects. The assessment was repeated at 3 and 6 months. The study showed that taking Robuvit® produced reductions in primary CFS symptoms.

Notable decreases in secondary symptoms were also observed, particularly in hypersensitivity (to noise, diet, drugs), dizziness, depression, weight changes, mood swings and allergies. Allergies and hypersensitivity as CFS symptoms were recently investigated in a human study involving 30 female volunteers - 14 in a control group and 16 in a test group – in which the effects of Robuvit® supplementation on cutaneous reactions (redness and swelling) were evaluated. The supplemented volunteers were given 300mg of Robuvit® a day for three days plus an intracutaneous injection of histamine. At the end of the three days, researchers observed a significant reduction in the histamine-induced swelling and redness in the test group, indicating an antihistamine effect for Robuvit®.

Robuvit® also has significant antioxidant activity and acts at a sub-clinical, cellular level, distinguishing it from other products which simply tackle symptoms. Its antioxidant properties were highlighted in a pilot study which evaluated markers of oxidative stress, antioxidant enzyme activity (SOD, catalase, glutathione peroxidase) and total antioxidant capacity in plasma. Scientists found that a daily dose of 300mg for one month significantly reduced serum levels of Advanced Oxidation Protein Products (AOPP) and lipid peroxides, and noticeably increased total antioxidant capacity in plasma. In a 12-week, placebo-controlled study of 61 patients (32 receiving Robuvit® and 29 controls), a 200mg daily dose of Robuvit® (or 300mg/day for those weighing over 80 kilos) normalised levels of ASAT, ALAT, alkaline phosphatase and gamma GT, and reduced plasma oxidative stress.

A small, eight-week pilot study has just been published which suggests that a 300-600mg daily dose of Robuvit® may reduce lymphoedema in legs and improve microcirculation and tissue oxygenation.

Composition
Directions for use
adults. Take 2 capsules a day.
Each capsule contains 100 mg of Robuvit®.

Asc2P
A stable and potent form of vitamin C that can penetrate cells, and that maintains telomere length
37.00 €(37.62 US$)

Subscribe to our newsletter
and obtain a 5% permanent discount
Our selection of articles
Benefits of GABA: video testimonial from a fitness champion