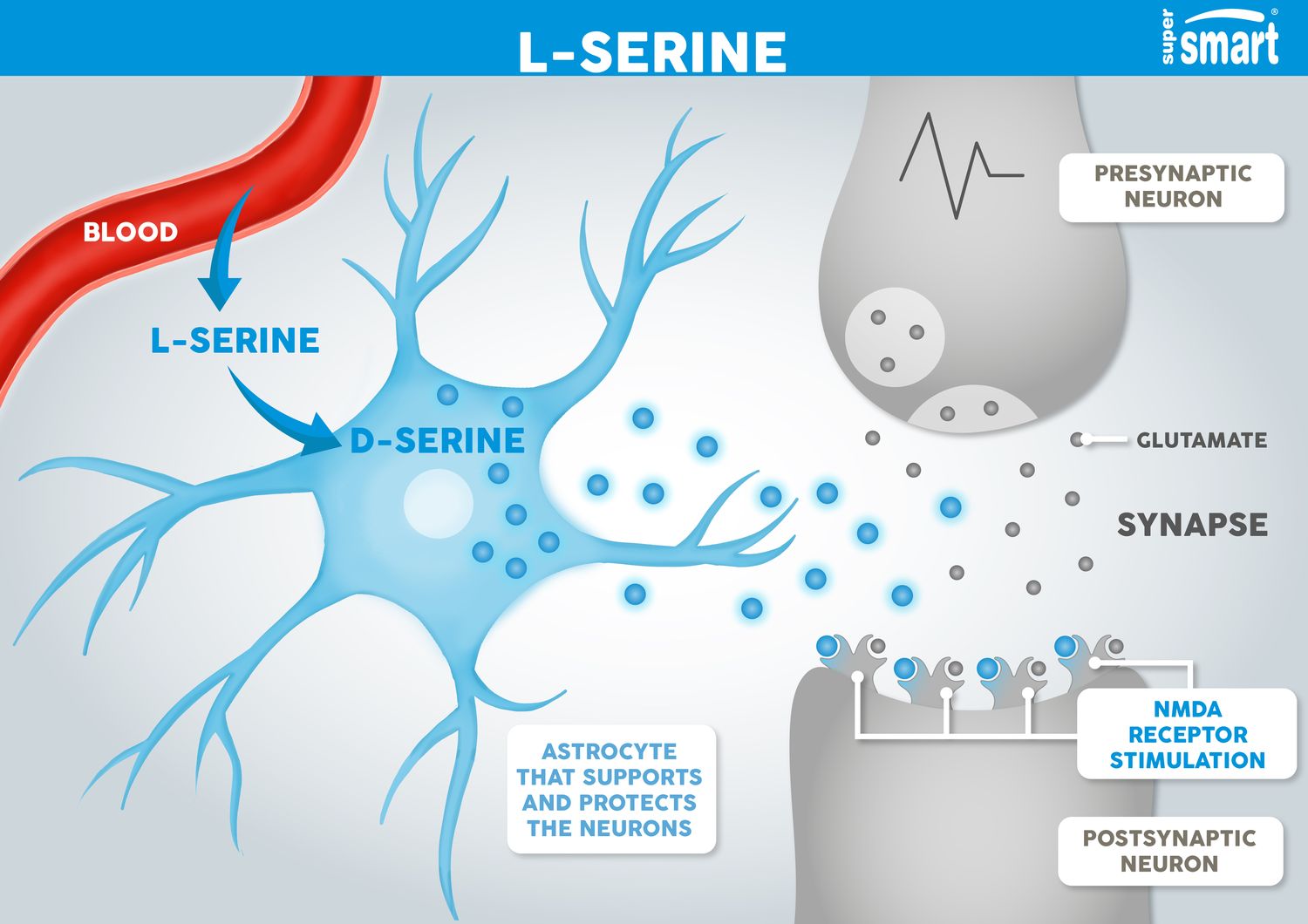 No reviews
Customer reviews
32.00 €(34.65 US$) in stock
Description
A promising amino acid for preserving and restoring memory
Certificate of Analysis

Price summary
Total price of the offer
96.00 €
Add to basket 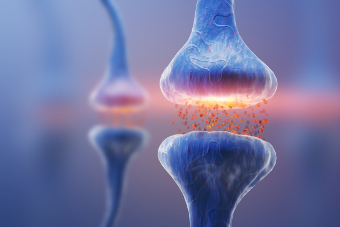 L-Serine: the best serine supplement you can buy

L-Serine is a high-quality dietary supplement composed of L-serine. This amino acid fulfils multiple functions in the body: it helps ensure the central nervous system (1) , immune system (2) and muscular system (3) function normally, and is converted into D-serine to activate specific receptors in the brain(4), etc. L-serine is also a precursor of other amino acids used by the body.

What exactly is L-serine?

L-serine is an α-amino acid with the chemical formula C3 H7 NO3. This organic compound was first isolated in 1865. Discovered in extracts of silkworm cocoon, L-serine, or simply ‘serine’, gets its name from the Latin sericum meaning ‘ silk’.

Where is this amino acid found?

Serine is synthesised by the body from vitamins B3, B6 and folic acid ... Astrocytes (the cells responsible for protecting neurons) are, for example, known to produce L-serine. A certain amount is also found in dietary protein: meat, fish, eggs, dairy products, grains (5)...

What functions does serine perform in the body?

L-serine plays a role in many important biochemical processes:

What benefits are offered by the supplement L-Serine?

Supplementation provides a substantial intake of L-serine. This product is formulated to deliver 2000 mg of serine a day, consistent with the doses recommended in current studies.

Recent research suggests that supplementing with L-Serine is an effective way of helping to preserve and restore memory. A French study that investigated mice with degenerative disorders, published in the journal Cell Metabolism, has attracted significant scientific interest. As we know, certain neurodegenerative problems are associated with a decrease in energy metabolism. This causes astrocytes to consume less glucose and as a result, they produce less L-serine (and thus D-serine). Without D-serine to stimulate NMDA receptors, neuronal plasticity and memorisation capacity decrease.

This study demonstrated that dietary intake of L-serine successfully restored spatial memory in mice with degenerative problems. In short, it suggests that supplementation with L-serine, as an adjunct to drug therapy, may help combat changes in cerebral metabolism.

How should this supplement be taken?

An adequate dose of L-Serine is 2 tablets a day, ideally taken in between meals. This supplement is not recommended for women who are pregnant or breastfeeding, or for children. As always, we recommend you consult your doctor before starting any course of supplements, especially if you are on any medication.

Tips for maintaining your cognitive faculties and memory

If you’re keen to preserve your cognitive function and especially your memory, here’s some simple advice that will help you activate your neurons effectively. Try to:

Supplements to take in conjunction with L-Serine

Are you looking for other supplements that will complement L-Serine in helping you improve and protect your memory? Why not try the excellent brain-health nutrient DMAE, obtained from a molecule found naturally in oily fish. There’s also Noopept, a supplement composed of the famous stimulating substance NeuraSharp™. This supplement offers powerful neuroprotective effects.

Each tablet contains 1000 mg of L-serine.

N-Acetyl Cysteine
The most effective and immediate precursor of glutathione
26.00 €(28.15 US$)