4 reviews
Customer reviews
67.00 €(72.81 US$) in stock
Description
Mitochondrial Formula is an anti-ageing formulation for optimising mitochondrial function.
Certificate of Analysis

Price summary
Total price of the offer
170.00 €
Add to basket 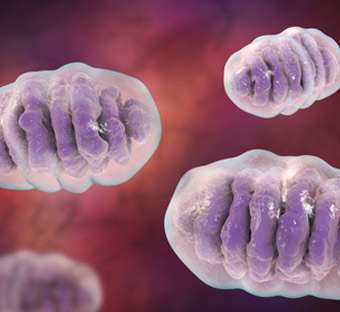 It is one of the best products on the market along with Astragaloside IV and Nicotinamide Mononucleotide.

Who is Mitochondrial Formula aimed at?

Mitochondrial Formula is for anyone over 50 who wants to age well. It has been formulated to optimise existing mitochondrial function and facilitate the biogenesis of new mitochondria.

What are the benefits associated with Mitochondrial Formula?

PQQ is a ‘gold-standard’ antioxidant found in very small amounts in the diet and in the metabolic products of certain gut bacteria. Laboratory studies have shown (1-3) it has a positive effect on mitochondrial function, and thus plays a major role in controlling the ageing process and protecting nerve cells. Unlike other micronutrients that improve the function of existing mitochondria, PQQ also helps to increase their numbers. This is a significant advantage as we know that mitochondria numbers decline with age…

Produced naturally by the body and present in small amounts in leafy vegetables, this is, without doubt, the most effective endogenous antioxidant. This is because of four exceptional properties (4-6):

Carnitine is an amino acid used by the body to convert fats into energy (in the form of ATP). The body produces it from lysine and methionine, two simpler amino acids found abundantly in food.

But this process, which also requires vitamin C, several enzymes, iron, vitamin B6 and vitamin B3, appears to ‘peter out’ as we get older. It’s not known whether these are the kind of frequently-observed declines that are related to age or whether it’s the ageing process itself which upsets the production mechanism, but the fact is that energy-demanding cells such as those of the heart muscles and brain, end up short of ‘fuel’.

Why is it important to take care of our mitochondria?

Mitochondria are the little powerhouses found in each of our cells which convert the energy in our food into a form that can be used by the body (‘ATP’). Over time, these powerhouses become compromised because this energy conversion involves the unwelcome production of toxic molecules called reactive oxygen species (ROS). While these unstable molecules attack the body as a whole, they have a preference for compounds close to their site of production. Mitochondria are therefore particularly affected by oxidative attack throughout life.

The body fights off these attacks by producing antioxidants, which, rather like a ‘flak-jacket’, take the brunt of these attacks in the place of molecules that are important to the body order for it to function properly. It also uses exogenous antioxidants obtained from the diet or produced by the bacteria with which it collaborates. PQQ is one of these exogenous antioxidants. It’s found in tiny amounts in plant-sourced foods, primarily green vegetables (7).

Over time, the damage from these attacks degrades the systems responsible for producing endogenous antioxidants, which rapidly increases the extent of the damage and speeds up the overall decline. It is precisely to delay this latter stage that antioxidant supplements have been developed such as lipoic acid and PQQ. This offers the additional benefit of supporting the growth of new mitochondria (8-9).

As these powerhouses ensure the conversion of energy essential for life, mitochondrial dysfunction quickly leads to accelerated ageing and a deterioration in health.

When should Mitochondrial Formula be taken?

There are two things to bear in mind here:

It’s therefore advisable to take one capsule in the morning with breakfast (ensuring it contains some fat), and potentially a second capsule with lunch.

In clinical studies, scientists used doses of 10mcg-20mcg of PQQ a day. In studies demonstrating benefits from supplementation with alpha-lipoic acid and PQQ, several weeks’ treatment was required before these effects were seen.

Can other supplements be taken alongside Mitochondrial Formula?

Yes, it’s perfectly possible to combine Mitochondrial Formula with a number of other products available to buy at Supersmart. In addition to the previously mentioned anti-ageing supplements, you can also take:

Carnitine is not recommended for anyone with hypothyroidism as it has a mild effect on the action of the thyroid hormone (16).

Since alpha-lipoic acid is very sensitive to heat, humidity and light, Mitochondrial Formula must be kept in a cool, dry place, away from light.

Composition
Directions for use
adults. Take one or two capsule a day, preferably in the morning, or as advised by your therapist.