4 reviews
Customer reviews
41.00 €(44.58 US$) in stock
Description
Sunphenon® EGCg is an extract of green tea (Camellia sinensis) standardised to 95% EGCg.
Certificate of Analysis 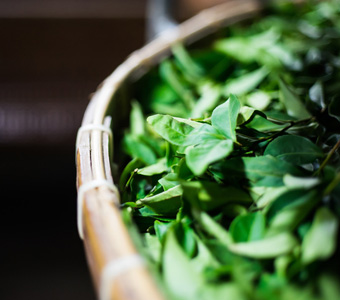 What are the properties of green tea?

Although there are over 3,000 types of tea, they all originate from the same plant species, Camellia sinensis. Unlike fermented teas (such as oolong and black tea), green tea undergoes rapid steam-drying. This inactivates enzymes and allows its natural ‘chlorophyll' colour to be retained, as well as its polyphenol content, largely made up of catechins which represent 20% of the leaf and which are responsible for the majority of green tea's health benefits.

Studies conducted on green tea over the last few years have provided mounting evidence of the health benefits of its polyphenols, such as:

Green tea is becoming increasingly popular as scientific evidence continues to confirm its health benefits. However, doubts have been raised over the quality and safety of green tea extracts because of the questionable extraction methods used by some laboratories and a general lack of regard for regulations governing authorized solvents and pesticides. You can now buy Sunphenon® EGCg, which is guaranteed to be non-toxic. It is obtained from green tea leaves that have not been treated with prohibited pesticides and it is extracted via a simple water infusion process. It is decaffeinated using food grade solvents, without the use of chloroform or other non-regulation-compliant solvents. It is also guaranteed to be free from heavy metal residues (mercury or lead).

What are the benefits associated with Sunphenon® EGCg capsules?

Sunphenon® EGCg® EGCg has significant antioxidant capacity because of its high content in the most powerful of the catechins, EGCg - it is 20 times more potent than vitamin E. EGCg neutralizes reactive oxygen species and free radicals and as it easily crosses the blood-brain barrier, it helps protect the brain from oxidative stress. Taking a green tea extract standardized in EGCg produces a faster increase in antioxidant levels in the blood than drinking green tea, with none of the side-effects of theine. This ability to neutralize age-related free radicals makes Sunphenon® EGCg a key anti-ageing supplement for ensuring antioxidant protection, now available to buy at Supersmart.

Vinpocetine
Supports metabolism, circulation, and oxygenation of the brain
29.00 €(31.53 US$)