An extraordinary, synergistic combination of coenzyme Q10 and vitamin E 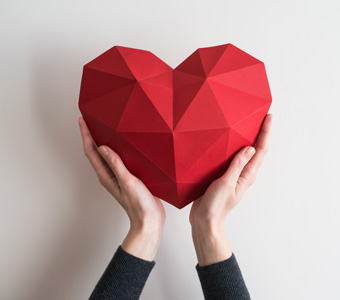 CoQ10 + Tocotrienols is a powerful supplement combining the effects of coenzyme Q10 with those of tocotrienols, an amazing form of vitamin E which helps to protect cells against free radicals. Its high dose and patented formulation make it truly exceptional.

What is co-enzyme Q10 (ubiquinone)?

Co-enzyme Q10 is a powerful compound produced by the body which plays a role in the production of cellular energy.

This production takes place in small powerhouses called mitochondria, which originally evolved from ancient bacteria. It occurs in almost every cell in the body though its intensity varies according to the site: energy-intensive organs such as the kidneys, liver and the heart especially, contain many mitochondria and are therefore hotbeds of production. There is inevitably a large amount of co-enzyme Q10 in these regions because it is needed to activate production, and because it is responsible for minimising the escape of free radicals, the toxic compounds that cause oxidative stress.

It’s because of these two essential properties that the body prefers to synthesise co-enzyme Q10 itself rather than have to rely on exogenous intake from the diet. Dependence on outside sources would be far too risky for cell integrity, especially for those cells which accommodate a great deal of activity, such as heart cells.

Why supplement with co-enzyme Q10?

Unfortunately, production of coenzyme Q10 starts to decline from the age of 30 (1-2). At first the decline is slow, but it speeds up, until by the age of 80, it is very depleted, especially in muscle tissue. With less than half the optimal amount of co-enzyme Q10 (3), people of this age produce less energy and are less well-protected against free radicals. To make matters worse, the diet provides almost no coenzyme Q10 (apart from a few traces in meat).

Why combine it with vitamin E?

The name ‘vitamin E’ actually covers a group of eight, structurally-similar molecules: four tocopherols (alpha, beta, gamma, delta) and four tocotrienols (alpha, beta, gamma, delta). Each of these has specific characteristics in relation to its access to cell membranes, how it deals with oxidative damage and its mobility on the cell membrane. To ensure a wider field of action, our supplement contains all four tocotrienols plus alpha-tocopherol.

These molecules are fat-soluble compounds which improve the absorption of co-enzyme Q10 and synergistically complement its action. Numerous studies have clearly shown that tocotrienols are rapidly directed towards the body’s ‘fattiest’ organs such as the liver, brain, spleen, lungs, kidneys and heart, where they exert an undeniable benefit: that of helping to protect cells against oxidative stress.

How should this supplement be taken?

As both compounds are fat-soluble, it’s important to take this supplement with the two meals of the day richest in fatty acids.

Food also slows down intestinal transit, which leaves more time for the CoQ10 to be absorbed in the small intestine. Doses used in clinical trials vary from 100mg to 300mg a day, ideally split into 2 or 3 doses, that’s 1-3 softgels a day.

It’s worth noting that coenzyme Q10 is considered to be completely safe, even when taken long term, because of its natural presence in the body. 90% of the coenzyme Q10 in the body is converted into its active form, ubiquinol, though this conversion is negatively affecting by statins, heart disease and normal ageing.

Whether you alternate it with Q10 + Vitamin E or take it as well, we also recommend supplementing with nicotinamide mononucleotide, an invaluable co-enzyme, or pyrroloquinoline quinone (PQQ).

The supplement CoQ10 + Tocotrienols does contain palm oil, but it has been certified sustainable by the independent body RSPO (Roundtable on Sustainable Palm Oil).

Indeed, while we listen carefully to your views on this sensitive subject, we believe that a complete boycott of palm oil is not the solution: it simply contributes to the expansion of another vegetable oil with similar consequences. It’s only by committing to the use of products certified as sustainable that we really help to build a greener planet.

It confronts the cultivation of palm oils that involves intense deforestation which impacts both the climate and the population of orangutans which are close to extinction. More than 100,000 are thought to have disappeared over the last 15 years, a shocking statistic largely met with indifference.

To find out more: https://rspo.org/

Directions for use
Take 2 or 3 softgels a day, at mealtimes, or more as advised.