Price summary
Total price of the offer
96.00 €
Add to basket 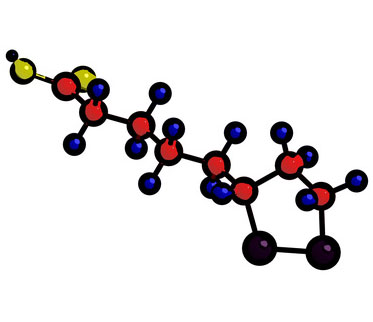 Alpha Lipoic Acid 250mg is a dietary supplement containing alpha-lipoic acid, a sulphur-containing antioxidant present in all prokaryotic (unicellular) and eukaryotic (multicellular) organisms. The human body is able to synthesise it from fatty acids and cysteine, but only in very small amounts (1).

Alpha Lipoic Acid 250mg contains the R form, the one produced naturally, and the S form, presumed inactive, in equal amounts. Two other supplements in our catalogue contain the natural form only: R-Lipoic Acid 100mg and Sodium R-Lipoate 300mg, a version with enhanced bioavailability.

What are alpha-lipoic acid’s properties?

Alpha-lipoic acid plays a role in regulating genes associated with antioxidant and inflammation pathways (2). As an enzymatic co-factor, it plays a key role in energy metabolism (3) and maximises the potency of vitamins C and E.

It exists in 2 forms: the R form (produced naturally by the body) and the S form (which appears to be inactive in the body). In the process of manufacturing alpha-lipoic acid, both forms are produced in equal amounts.

Supplements which contain the R form only are therefore more expensive to produce as they require the additional and costly step of eliminating all the S form molecules.

Are there any foods rich in alpha-lipoic acid?

There are very few good dietary sources: offal (particularly liver), a few green vegetables such as broccoli and spinach, and yeast.

When and how should you take the supplement Alpha Lipoic Acid 250mg?

It’s important to take it in between, rather than with, meals as its bioavailability is significantly reduced by other nutrients and micronutrients. Once ingested, it reaches the intestinal barrier where it monopolises two main transporters to enable it to reach various tissues (5). It is therefore broken down very quickly with a half-life of around 30 minutes (6).

Alpha-lipoic acid is highly-sensitive to heat, light and humidity: it’s therefore essential to store it in a cool, dry place away from light.

Are there any risks associated with taking alpha-lipoic acid?

Clinical trials have shown no side-effects from daily doses of up to 2400mg a day, taken over extended periods (7).

Which other supplements can be combined with alpha-lipoic acid?

Other ‘innovative’ antioxidant supplements which can be taken alongside alpha-lipoic acid include:

Composition
Each vegetarian capsule contains 250 mg of alpha-lipoic acid.
Directions for use
Take one or two capsules a day. Therapists often recommend 3-6 capsules a day.