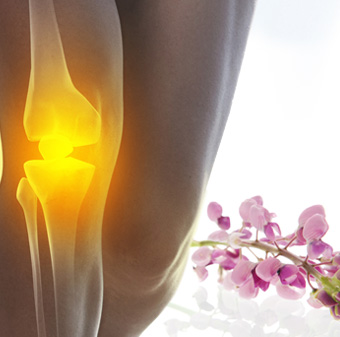 Bone Health is the perfect complement to the bone function formulation Super Bone formula, which contains vitamins and minerals.

Who is Bone Health aimed at?

Bone Health is recommended for the following groups of people:

What’s the reason for this bone loss?

Primarily linked to ageing, osteoporosis is a natural process characterised by a decrease in bone mass and bone density. It makes bones more ‘porous’ and vulnerable to fractures from even simple falls. As bone loss does not normally produce any symptoms prior to a fracture, it is known as ‘the silent disease’. But why does this bone loss occur?

Our bones undergo constant remodelling throughout life via a two-fold process:

This dual process allows the body to be in constant harmony with its environment. In this way, damaged bones are quickly rebuilt and the body is even able to make stronger bones if environmental factors change (such as when we engage in a new physical activity). However, it’s important that this two-fold process remains in balance: if the resorption phase gains the upper hand, the ‘holes’ are never filled in and bones become dangerously fragile. This is exactly what happens in osteoporosis.

A number of factors affect the balance of this bone remodelling (1):

What does the supplement Bone Health contain? What makes it so good for supporting bone remodelling?

This is one of the most commonly prescribed natural treatments in China for treating osteoporosis (2-3). According to the theory of traditional Chinese medicine, Eucommia ulmoides (which is also called Du-Zhong in Asia) optimises the health of the kidneys which nourish and support bone tissue.

While modern science has demonstrated the anti-osteoporosis properties of Eucommia ulmoides, the mechanism of action is not yet clear. Several studies have shown that the plant’s non-steroidal polyphenolic lignans (4) behave in the same way as oestrogens. These ‘phytoestrogens’ may also bind to ‘oestrogen receptor alpha’ (5-7), potentially upregulating the activity of a number of genes central to osteoblast function (8).

It is this mechanism which may explain their ability to stimulate the phase of bone formation by osteoblasts (9) and thus increase bone mineral density, without causing any side-effects (10).

Astragalus is well-known for its adaptogen properties but this traditionally used plant has other strings to its bow. With a high content of flavonoids, particularly isoflavones (11), it has been used for thousands of years to counteract osteoporosis (12).

Research has shown that it acts on two factors involved in bone remodelling (13-14):

Scientists believe that the isoflavones in Astragalus also interact with oestrogen receptors. Like oestrogens, they increase the absorption of calcium which is vital for bone remineralisation.

Cuscuta chinensis is a parasitic plant that has been used in traditional medicine for thousands of years for supporting bone function. It is also known as Dodder and Tu-Si-Zi. Its mechanism of action appears to be very similar to that of Astragalus: Cuscuta chinensis also contains a number of flavonoids (18), the most active of which are kaempferol, quercetin, hyperoside, astragalin and lignans (19).

Rehmannia glutinosa is an edible plant commonly known as Dihuang, used for at least 3000 years in traditional medicine. Modern research has revealed the presence of numerous bioactive compounds including flavonoids and monoterpenoids (22). Catalpol appears to be the most effective of the monoterpenoids (23) for supporting bone function, though the precise mechanism has yet to be established.

How and when should Bone Health be taken?

For significant long-term effects, supplementation should continue for a period of several months, at a dose of two capsules a day.

A number of additional measures can be taken:

The blend is very well-tolerated and is completely non-toxic.

3 benefits of Harpagophytum , the plant that supports joint health

Have you heard of this African plant, commonly known as ‘devil’s claw’ ? Discover how Harpagophytum supports the health of your joints, amongst other benefits.

10 effective and enduring measures for strengthening the bones