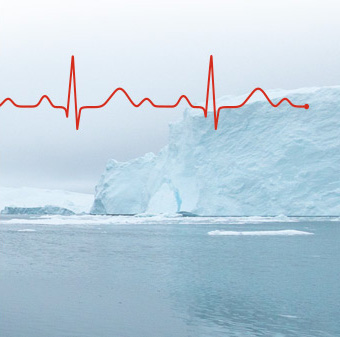 Arctic Plankton Oil is a totally new kind of omega-3 fatty acidsupplement: it’s produced from an exceptionally rich species of zooplankton found in the Arctic regions of the North Atlantic.

It is a new, usable source of omega-3 fatty acids, which is not only more eco-friendly, Calanus finmarchicus

What are the particular features of Arctic Plankton Oil ?

Most classic omega-3 come in the form of either triglycerides, ethyl esters or phospholipids. Supplements made from fish oil, such as Super Omega 3, thus contain omega-3 in triglyceride form, while those produced from krill oil (tiny shrimps), like Krill Oil, are in phospholipid form.

With Arctic Plankton Oil, the process is different. The omega-3 come in the form of ‘wax esters’, a group of fats of which animal waxes are largely composed. This particular form has greater resistance to gut enzymes which means the omega-3 are able to travel further along the digestive tract.

In theory, the body is able to produce EPA and DHA from plant-source omega-3 fatty acids, but this source has declined significantly over the last decades due to modern farming methods and changes in our diet (14). What’s more, the rate at which they’re converted is now very low as a result of our inappropriately-high consumption of omega-6 (15). Of far less benefit to the body, these fatty acids are nonetheless ubiquitous in modern processed foods and they mobilise all the enzymes (elongases and desaturases) needed for the conversion of plant-source omega-3s into DHA and EPA.

So if you decided to increase your intake of plant-source omega-3 fatty acids, you would not see any benefits unless you simultaneously made significant cuts to your omega-6 intake. The fact is, we actually need to consume the same amount of plant omega-3 as we do omega-6, but our actual consumption of omega-6 is 15-50 times greater than that of our plant-source omega-3. In excess, omega-6 displace omega-3 and invade cell membranes in their place, resulting in the formation of billions of pro-inflammatory molecules (16-17) which are thought to play a key role in the development and exacerbation of chronic diseases.

This supplement should be taken at mealtimes.
The first effects are seen rapidly but it is advisable to take Arctic Plankton Oil for a period of at least three months. As omega-3 fatty acids penetrate cell membranes gradually, the effects continue for several months after supplementation has ceased.

Note: this product should not be used as a substitute for a varied, balanced diet and a healthy lifestyle. It’s important to follow the guidelines on how to take it and the recommended dose, and to use it by the ‘best before’ date. It is not recommended for women who are pregnant or breastfeeding, or for children under 15. Keep out of children’s reach. Store in a cool, dry place

Arctic Plankton Oil
Calanus oil, the nutritional gem from the Arctic for boosting heart health and fighting inflammation
42.00 €(46.65 US$)
-35%

Arctic Plankton Oil
Calanus oil, the nutritional gem from the Arctic for boosting heart health and fighting inflammation
42.00 €(46.65 US$)

Arctic Plankton Oil
Calanus oil, the nutritional gem from the Arctic for boosting heart health and fighting inflammation
42.00 €(46.65 US$)