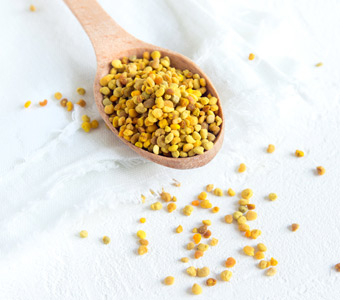 Prostaphill™ is a specific combination of water-soluble and liposoluble pollinic fractions, standardized and patented to contain established proportions of amino acids and phytosterols, including beta sitosterol.

This supplement is a powerful standardized version of a pollen extract studied in Europe and in Japan for more than 40 years. Even though it has a very wide spectrum, its most studied applications concern benign prostate hyperplasia, prostatitis and prostate cancer prevention.

What are the benefits associated with Prostaphilll™?

The action mechanisms of Prostaphill™ includes:

Prostaphill™ has been the object of several vast open studies and of several double-blind studies in which its activity has been compared with placebos or with other known inhibitors of benign prostate hyperplasia. In general, 60 to 90% of the subjects obtained significant improvements within 1 to 3 months. In particular, Prostaphill™ has shown its ability to inhibit cancerous prostatic cell growth (a disease which can affect, to different degrees, nearly one in three men) is an extra argument for including this product in your preventive supplementation diet.

For optimal efficacy, it's possible to combine a number of natural active ingredients such as in the formulation ProstaNatural Formula. This includes flower pollen and several other plant extracts such as Urtica dioica, Serenoa repens, Pygeum africanum and Collinsonia canadensis. In this respect, you may also be interested in the prostate-protective effects of lycopene, a powerful antioxidant found in tomatoes.