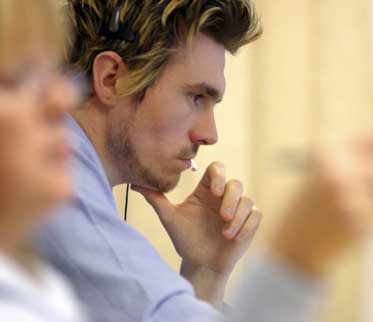 AFA Extract is dietary supplement containing AFA (Aphanizomenon flos-aquae), a blue-green super algae with an exceptional nutritional composition: all eight essential amino acids, numerous vitamins (includingvitamins K and B12), more than 130 minerals and trace elements… It was the subject of a very promising pilot study conducted at the IFM (Integrated Functional Medicine) clinic in Falun, Sweden (1) which highlighted its principal benefit: it helps improve mood.

What is blue-green algae?

Blue-green algae is among the oldest forms of life on the planet: it existed 3.5 million years ago. It was the first known organism to carry out photosynthesis. Growing naturally in the blue Klamath Lake, AFA is also known as the ‘the invisible flower of the water’, ‘wild blue-green algae’ or ‘Klamath algae’.

What is in the super-algae AFA? What explains its effect on mood?

AFA Extract contains hundreds of micronutrients of interest, but some are attracting particular scientific interest because of the scope of their potential benefits.

PEA is a bioactive fatty acid which are produced naturally by human cells from certain fatty acids in cell membranes to restore balance to biological processes (2-3) such as pain or neuroinflammation.

It is a natural neuroamine precursor of dopamine, the neurotransmitter involved in wellbeing which is triggered in the body by excitement or pleasure. This is one of the reasons behind its beneficial effects on mood.

Aphanizomenon flos-aquae algae is one of the rare dietary sources of PEA (4).

Note: This paragraph does not deal with the effects of palmitylethanolamide from exogenous sources.

The term ‘vitamin K’ actually covers various substances involved in activating coagulation factors (the ‘K’ comes from the German ‘Koagulation’). After it reaches the lymphatic vessels, vitamin K is transported by chylomicrons and accumulates in the liver where it contributes to the synthesis of four coagulation factors including factor II (prothrombin) and its conversion into thrombin. It helps to normalise the circulation and maintain healthy bones.

Deficiency in vitamin B12 is becoming increasingly common for at least four reasons (5):

The high content of vitamin B12 provided by AFA Extract is therefore very timely (8).

All the essential amino acids:

Where is our AFA algae sourced from? How is AFA Extract produced?

The AFA algae used in our supplement comes from a pristine, natural ecosystem: Klamath Lake in Oregon. This lake is one of the clearest and purest bodies of water on the planet. It is enriched by numerous minerals from the region’s volcanic mountains and by the intense solar energy found in this part of the world. This unique combination gives the algae an extraordinary and completely unique nutritional complexity.

It is harvested from this pristine lake after meticulous analysis of the water quality and concentration in blue-green algae, after which it is dried and sealed in oxygenated bags.

How should AFA Extract be taken?

Along with the microalgae AFA, other ‘super algae’ may also be of interest, including spirulina, knotted wrack and chlorella.

Because of the potential presence of tiny quantities of microcystins, we recommend an upper daily limit of this algae of 3g a day.

Because of its high content of PEA and vitamin K, it is not recommended for those taking antidepressants or anticoagulants.

Composition
Directions for use
Adults. Take two or four capsules as required in the morning on an empty stomach.
Each vegetarian capsule contains 500 mg of Klamath's Best® Blue Green Algae Powder.

Lactoxira
The first psychobiotic formulation for fighting depression
56.00 €(60.64 US$)