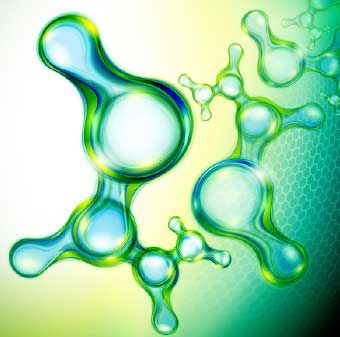 This new dietary supplement Carcinine is the result of our continuing drive for innovation. At the cutting edge of supplement research, this product is a new derivative form of Carnosine. Not only does Carcinine have the same, clear anti-ageing effects as Carnosine but it has the advantage of being a more stable form. It is neither degraded by the enzyme carnosinase nor converted into histidine, giving it a longer life in the body and improving its efficacy against glycation.

Also known as L-carnosine, carnosine is a peptide formed within the body during the digestion of protein-rich food. It is present in brain and muscle tissue where it actively participates in muscle and tissue contraction. This molecule has also attracted scientific interest for its potential in fighting cellular ageing and glycation.

Glycation is a reaction between a sugar and a protein and leads to the formation of Advanced Glycation End-products or AGE. The formation of these molecules has a negative effect on certain essential proteins, and causes tissue damage to the skin, arteries and muscles, amongst others. As well as accelerating tissue ageing, glycation is also associated with the development of age-related diseases such as atherosclerosis. Fortunately, scientific studies have identified beneficial molecules such as Carnosine that are able to counter this process.

Indeed this is why carnosine has long featured in the anti-ageing and anti-glycation supplements offered in our catalogue. The results of the very latest research into carnosine, Carcinine represents a new response to cellular ageing. It is obtained by slightly modifying the carnosine molecule in order to offer an unprecedented formulation with excellent stability.

What are the benefits associated with Carcinine?

Our new supplement is available in 150mg capsules, with a suggested dose of two capsules a day for maximum benefit, though this can be adapted according to your needs and the advice of your therapist.

Composition
Directions for use
adults. Take 2 capules a day.
Each capsule contains 150 mg of Glycoxil®.
Trustpilot