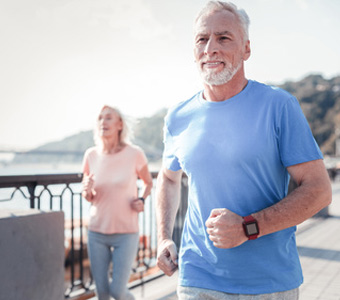 What are the benefits associated with Beta 1.3/1.6?

Clinical studies have shown that beta-(1.3/1.6)-glucan boosts immune response by activating key cells in the immune system, including macrophages and neutrophils, enabling them to act more quickly in recognising and destroying harmful foreign cells. Research in human and animal cell cultures suggests it can stimulate various aspects of immune function, such as phagocytosis or interleukin production.

The first studies showing beta-glucan's effect on the immune system were conducted in the 1940s. By the end of the Eighties, its precise mode of action had been established: it activates specific receptors located on the surface of macrophages, releasing a cascade of events which produce an entire arsenal of immune defence weapons. The first human study involved cases of advanced HIV infection. Administration of beta-(1.3/1.6)-glucan resulted in an increase in serum IL-1 and IL-2 cytokines and interferon, even in subjects with severe immune deficiency.

Composition
Directions for use
Take one vegetarian capsule a day 30 minutes before a meal, or as advised by your therapist. As it takes around 5 days for beta 1.3/1.6 glucan to have an effect on the immune system, daily supplementation is recommended.
No reviews for this product yet

Subscribe to our newsletter
and obtain a 5% permanent discount
Our selection of articles
Quercetin: what are its benefits and in which supplements is it found?

As the world battles against the coronavirus pandemic, many of us are turning our attention to natural ingredients that can help boost our immunity. One substance often highlighted in this regard is quercetin. What exactly is it, what benefits does it offer and where is it found?

Coronavirus: what exactly is it ? How can you protect yourself from the COVID-19 virus?

It’s the sole topic of conversation … But what exactly is the COVID-19 virus? And how can you best protect yourself from it? SuperSmart provides clear and precise answers to this burning question.

8 secrets of the immune system

Here we explore the mysteries of our immune system and what we need to do to boost our immune defences.