4 reviews
Customer reviews
28.00 €(30.45 US$) in stock
Description
3-Creatine is a synergy of 3 active forms of creatine to support muscle health.
Certificate of Analysis 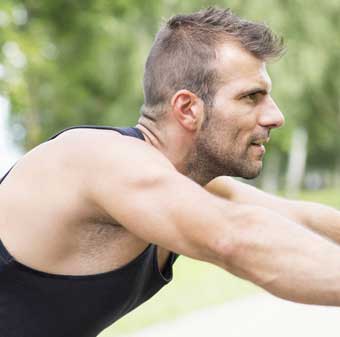 3-Creatine is a blend of 3 forms of creatine that act synergistically with each other, thus offering rapid and optimal efficacy for muscle health and post-exercise recovery.

Creatine supplementation has so far proved the most popular and scientifically documented of the ergogenic substances used in the sports world, particularly for increasing muscle strength in short, intense exercise, stimulating protein synthesis, speeding up recovery and gaining muscle mass, now available to buy at Supersmart.

Creatine is a derivative of amino acids naturally present in muscle, including meat. Creatine monohydrate is the standard form used by the majority of studies conducted to date, which presumes it to be the most active source. However, there are other varieties such as:

What appears to be the most important aspect here concerns the solubility criteria, and that of tolerance of the product in the stomach, as well as the absence of discomfort (gastrointestinal cramps from the formation of a precipitate). In fact, the more water-soluble a form is, the better it is tolerated.

What are the ingredients in 3-Creatine?

Creatine is produced naturally in the body. It is essential for the production of ATP used by muscle fibres during exercise. When ATP levels collapse, muscle fatigue develops along with an increase in lactic acid.

There are different forms of creatine for greater activity and much better digestive tolerance. 3-Creatine is a powdered blend combining:

By supplementing with 3-Creatine, balance is restored in the muscles, allowing faster post-exercise recovery.

What results can be expected from supplementation?

There are two main advantages:

Indeed, if the condition and its symptoms are caught at an early stage, it has been shown that taking creatine increases strength and stamina in people with muscular dystrophy and cardiac problems. According to scientific data, vegetarians and vegans have abnormally low blood levels of creatine. Supplementation may bring benefits resulting in improved intellectual performance and memory for such groups.

What other benefits are associated with 3-Creatine?

In people affected by the genetic disease autosomal recessive corneal dystrophy, which causes problems associated with hyperpigmentation of the choroid, taking creatine may lower the risk of them losing their sight.

The average active dose recommended is one 5 gram spoonful a day. Taking small doses at mealtimes with a large glass of water is recommended in order to maximise its effects.

Composition
Directions for use
adults. Take one measure a day.